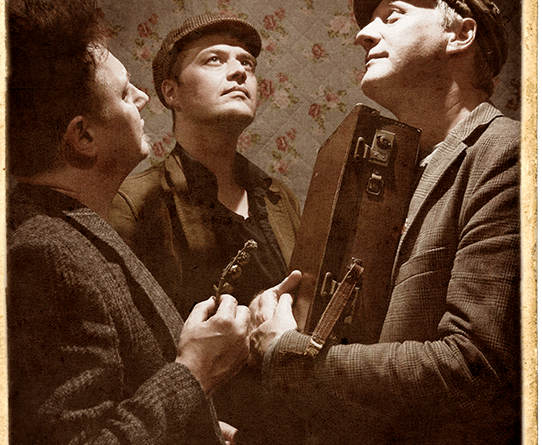 Harp And A Monkey return to The Queens Head on September 15th.

The Lancashire based trio and self proclaimed electro-folk story tellers are currently riding a wave of critical acclaim with Mark Radcliffe referring to their latest album as ‘brilliant’ and The Observer calling it ‘bold and original’.

With a published historian in the band and traditional instrumentation augmented by miniature harp, glockenspiel, loops and found sounds, it is no wonder that they sent a few shock waves through the petrified forest of the folk scene before being recognised as the true ground breakers they are.

Looking ahead, the new season includes music as diverse as jazz/funk, folk, blues and punk legend Steve Ignorant with Katie Spencer,widely touted as ‘the next big thing’ appearing on September 22nd.