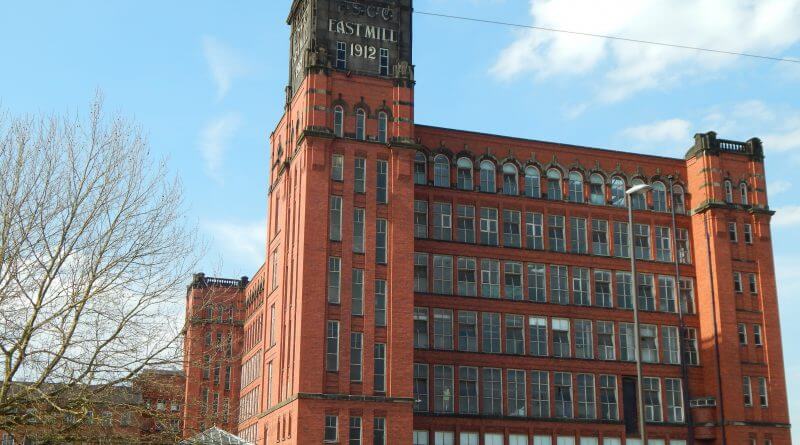 FI Real Estate Management, the owners of Belper Mills, have unveiled ambitious plans to regenerate the Mills complex at a consultation exhibition at Strutt House on Thursday 24th May. Dozens of Belper residents headed to Strutt House harbouring a mixture of trepidation and anticipation. They were generally pleased and excited by the proposals – an often heard comment was, “how soon can they get on with it?”

Soon is June 11th when an outline planning application will be submitted to Amber Valley Borough Council. Before then residents can add their own comments and view the broad plans at www.belpermills.co.uk. In brief the proposals include:

Their overall vision for the East Mill is to create “a modern, luxurious location for primary living accommodation complemented by cafes, restaurants and a gym”. They propose to convert the upper floors to create 117 one and two bedroom apartments with ground floor parking; to demolish the loading bay to create new South Tower residential entrance and to explore the potential for a viewing platform on West Tower through separate lift access. Bat and bird studies have been carried out to advise on steps to protect wildlife including the peregrine falcons nesting there.

The vision is to complement the current office uses by creating a new entrance to the building directly from the courtyard, enhancing the link between the building and the inner pedestrianised area of the estate. A walkway from the footbridge at the weir side of the building to the courtyard via the main East Mill entrance also features in the plans.

Plans for Strutt House are rather vague at the moment but the owners are willing to listen to proposals for alternative uses. They state that “this former office building offers a sense of grandeur to the site, with high ceilings and framed high-level windows. The concept for this building would be to add a restaurant/bar which would also lend itself to be a prime wedding venue. An alternative use would be to split the building in to smaller workshop/shop units to further enhance the retail aspect of the site.”

Previously used as the main ‘Power House’ for the site, the Engine House has maintained its premium architectural quality with high windows and prominent arched entrance. Their initial vision for this building is to be adapted for retail and/or restaurant use. An alternative vision is to restore the space to a 1 floor unit to showcase the historic, original crane used to site the boilers in 1912 with escalator access to the residential level at the East Mill.

Concerns about financing the redevelopment were met with assurances that FI Estates could fully finance the project themselves, work in partnership with other developers or sell on to alternative developers. FI representatives seemed confident that, once the planning process was underway, progress could be made fairly quickly.

“Whatever happens to the site, protecting and enhancing the outstanding universal value of the world heritage site must be at the fore of any development. I’d welcome the re-imagining of the east mill as quality apartments, but the site has to be seen as a whole. Belper has its future as a tourist destination, and as one of the best places to live in England, if not the world. And to ensure that future we need to hold developers to account, insisting in the highest standards in both terms of build quality, and in ensuring that our town gets the sort of development that we need. I’d like to see any new apartments on the site offered to existing Belper residents first, to ensure that the local housing market is reinvigorated, and that family homes are freed up for new families, as retirees can downsize whilst staying in the town.”

The hydro-electric power generation at the mills would carry on and be unaffected although there is an obvious opportunity to sell renewable energy direct to the owners of converted apartments. The East Mill roof, with its banks of ‘north lights’ is another opportunity to generate electricity from solar pv panels although the roof will be re-engineered to provide atriums to the central areas between apartments. There is also a question of structural soundness to consider.

Concern was expressed that the owners may be missing an opportunity to install a fish pass to allow salmon to traverse up the river. Such an addition would hasten the building of a similar fish pass at Milford.

The publishing of these plans is a timely reminder to Amber Valley Borough Council that the inter connectedness of the River Gardens to the mill complex is vital to the World Heritage Site and that the tea rooms issue should be treated with commensurate importance. 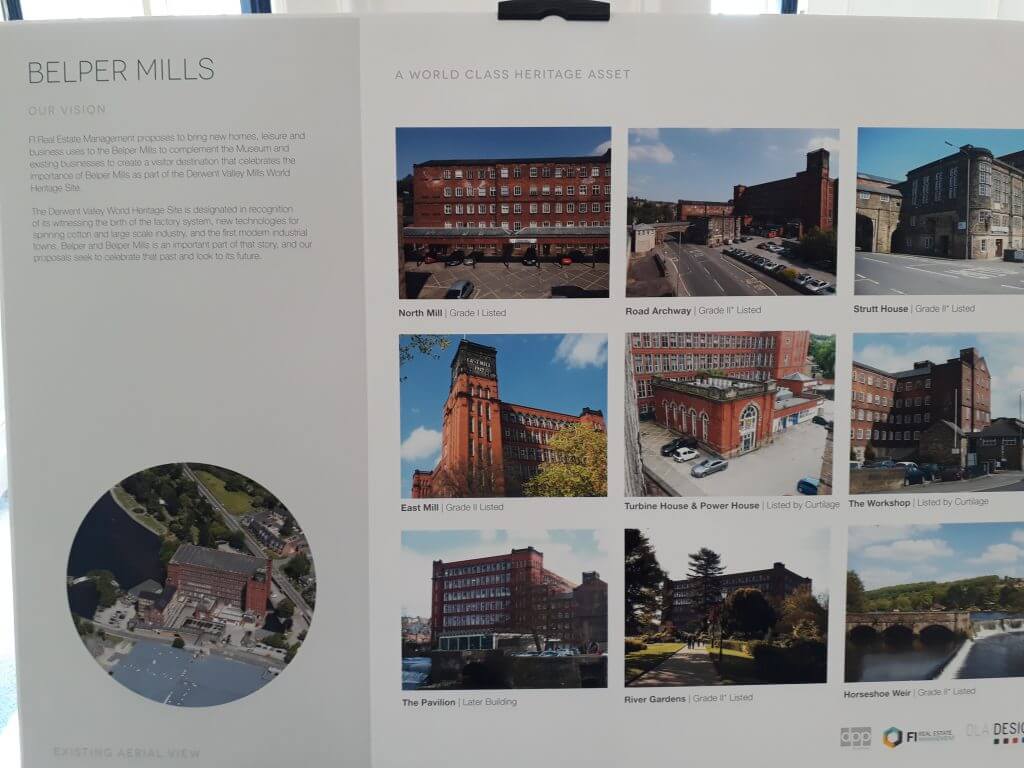 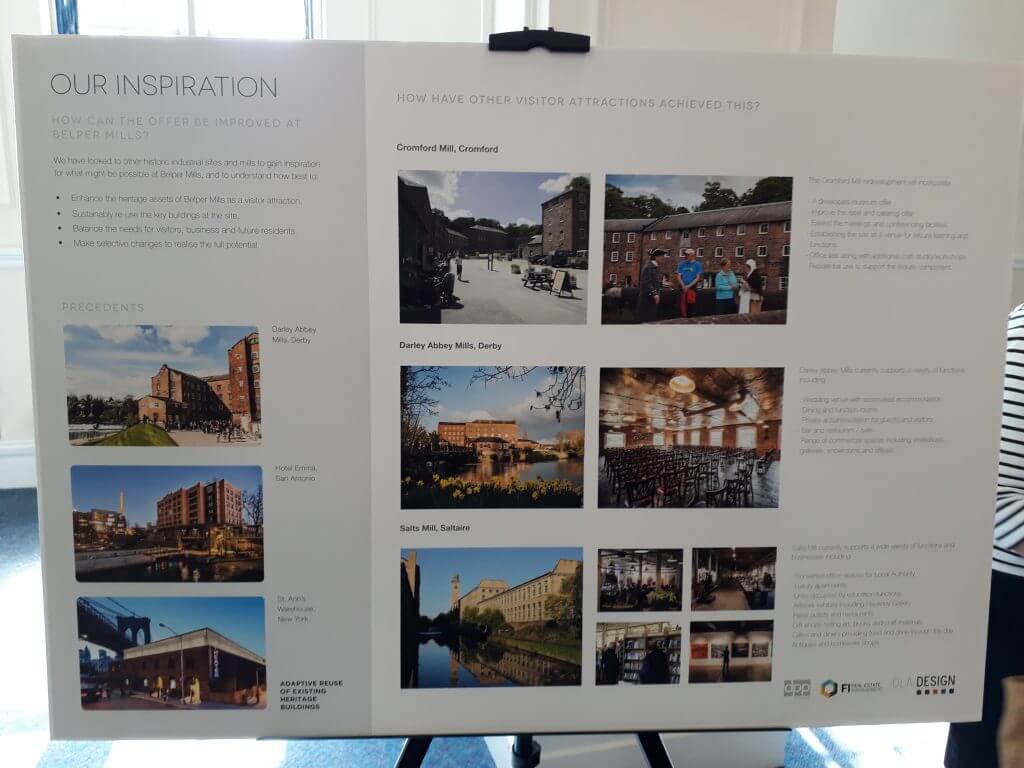 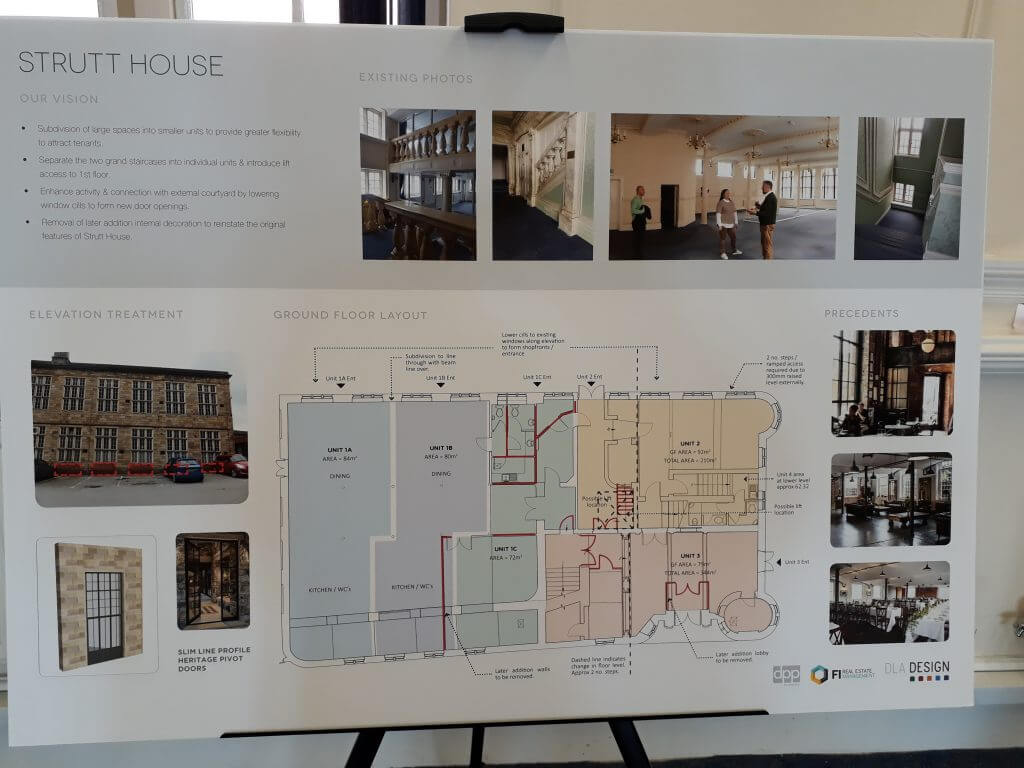 4 thoughts on “Plans for Belper Mill”