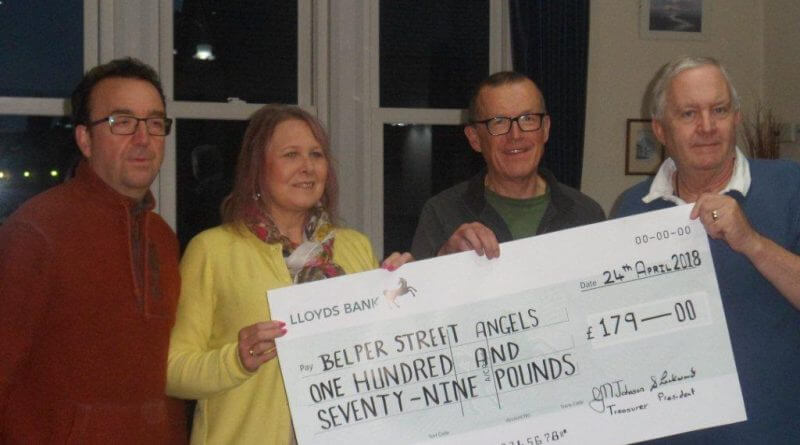 They raised the astounding sum of £179 and Street Angel.

Jeanette Jackson is pictured above accepting the cheque from [l-r] Michael Eyre, Graham Johnson and Steve Lockwood on behalf of the BDQL.

Belper Street Angels have no regular income so gifts such as these make a big difference in sustaining the work they do supporting people in Belper on Friday nights.

Formed in 2012 by Hope For Belper and local Churches, The Street Angels scheme was developed to show care and support for people in the town.

The Street Angels spend time on the streets and estates of Belper on Friday nights offering support and help where they can, and a listening ear for any who want to talk.

Operating in mixed gender teams of 3 or 4, they carry a rucksack containing bottled water, flipflops, a simple first kit, useful phone numbers and other practical items.

You can find out more about both these organisations at www.bdql.org.uk and www.hopeforbelper.com/projects/street-angels/