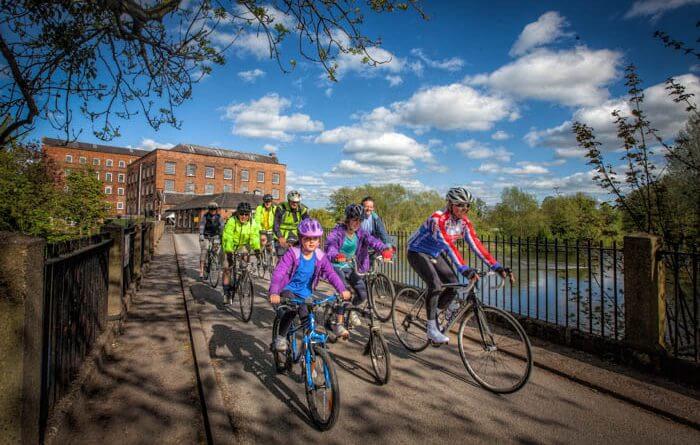 Cyclists have been invited by the Derbyshire County Council to have their say about plans for developing a key cycle network throughout the county.

Derbyshire County Council have drawn-up a map in consultation with cycling groups and the Sustrans charity to show the most important routes which need improving or building to make Derbyshire the most connected county for cycling in England.

The public are invited to find out more about the proposals to create a joined-up network for cyclists to use for commuting or leisure, whether they live or work in Derbyshire or visiting for a holiday.

“Cycling is good for your health and better for the environment than travelling by car so we want to encourage more people to do it. That means making sure we’ve got the infrastructure in place to help cyclists get safely from A to B.

“Now we want to know what people think of the proposed cycling network and tell us whether they would like routes adding, amending or removing altogether.”

By using the feedback from the consultation the DCC aim to set priorities for developing the suggested routes. However, recent limitations with funding suggest that only a few of the routes could be built in the near future.

John Shoesmith, from Transition Belper, said: “It would mean safe cycling, as opposed to a rather frightening ride along the A6. It would bring customers to our cafes. It would open the prospect of glorious walks and rides on summer evenings. A commute to work could be a stunning, healthy bike ride, not a frustrating wait in a fume laden traffic jam.”

Ian Dent, from Derwent Valley Cycleway, said: “Commuting into Derby from the north, including the Belper area, is a current problem for Derby City Council with issues of congestion on the A6 and problems with air quality within Derby.”

“Any initiatives that would encourage more people to replace the use of their car on the A6 with cycling to work would help address these problems.”

Anyone wishing to contribute towards the proposed network and comment can do so until 24 January 2018.