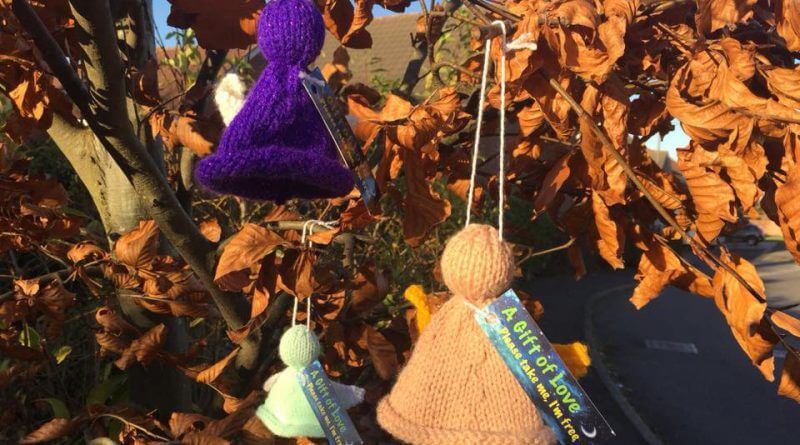 The knitters and crocheters of Belper and beyond have been very busy this year making small angels as a Christmas Gift of Love for the people of the town. The project has been adopted by Belper Churches Together as their Christmas initiative but it has also been very much a community project with hundreds of local people getting behind the idea.

Patterns have been passed to family members with some people producing a hundred or more. Non knitters have helped with adding tags to the angels and sorting them into boxes, making the project a real community effort. Angels have been collected in boxes placed in different churches and each week more and more have appeared. At the time of writing there are over 1700 angels.

Small labels have been printed by a local printer which inform the public that these angels are free for them to take home. The idea is to bring some Christmas happiness to all who find them and to promote the true meaning of Christmas, (a time when we remember God’s gift of the birth of His son for the people of the world) not a time of commercialism and excess. It is hoped that these angels will bring back some of the wonder and joy that can so often be missing at this time of year.

The angels will start to appear in the town during Advent in December, the time leading up to Christmas Day. Residents will need to keep their eyes open as they pass railings, trees and do their shopping. The labels include the hashtag #xmasangel so that those lucky enough to find one can use the hashtag to post photos on Social Media.