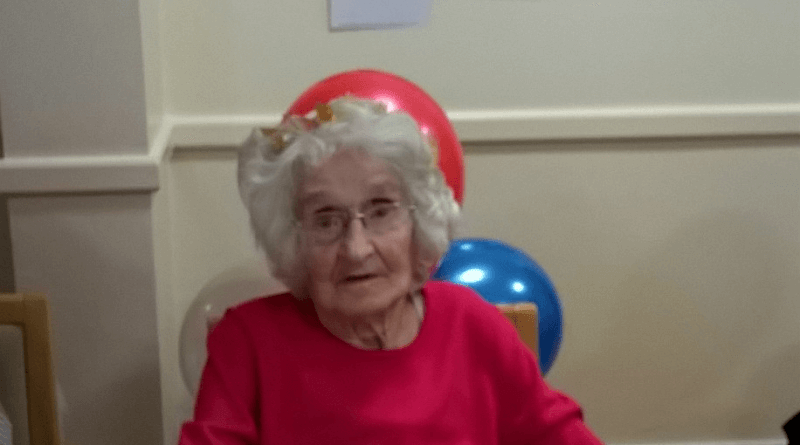 Staff on Baron Ward at Babington Hospital, Belper, organised a party for patients to celebrate the 70th wedding anniversary of the Queen and Prince Philip on 20 November.

Among those with memories of the royal wedding day was patient 101-year-old Edie Mills, a lifelong Kilburn resident who ran the village shop until she was nearly 90.

Edie’s abiding memory of the royal wedding day back in 1947 is of the Queen “looking lovely, with a very slim waist” and of a street party in Kilburn.

Another patient Joan Hammond from Duffield was 13 at the time and clearly remembers the Queen’s wedding dress. She said: “It was just after the war and everything was so dull and dreary, so the beautiful dress really stood out.”

While the older generation had their own memories of the royal wedding day, the younger visitors to the ward’s royal 70th anniversary party were happy to join in the fun as well.

Baron Ward at Babington Hospital helps patients – mostly elderly – who need support with rehabilitation after an illness or injury. As part of making therapy fun, the ward team put on a range of events and activities to motivate and stimulate patients throughout the year.