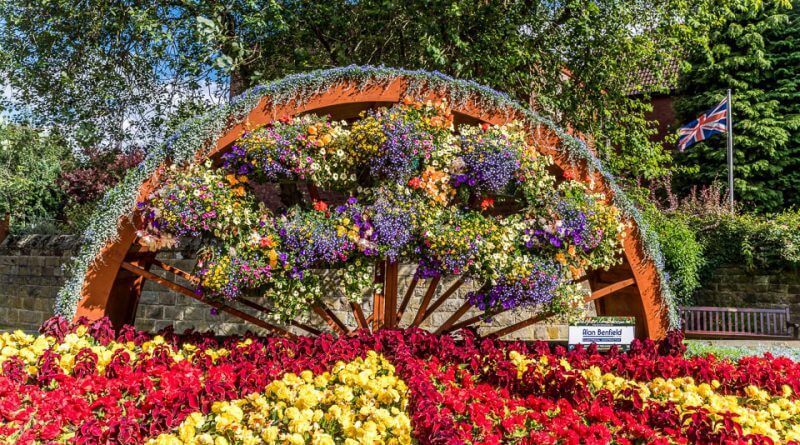 The RHS Britain in Bloom awards were held on Friday the 27th of October at Llandudno, Wales and Belper won a Gold award in the Large Town category.

Of the seven towns in the Large Town Category, Belper was one of three to win the prestigious Gold award. The Large Town category was won jointly by Truro and Farnham.

The Gold Award is a credit for everyone involved and Belper was especially commended for its community participation. On its website, Belper Town Council has thanked everybody that has been involved with the campaign stating: “Belper could not have managed this without your help.”

In addition, Cllr John Nelson was awarded a Community Champion Award. This award is presented to individuals who demonstrated exceptional commitment and dedication to the Britain in Bloom cause in their community.

These are volunteers who have gone over and above to make their Bloom campaign a success. Cllr Nelson said: “I am honoured to be given such an award – and I am delighted that Belper achieved a Gold. I cannot wait to start planning for next year.”

The judges praised the community participation and environmental aspects of the tour stating they: “were particularly impressed at the work by local historian Adrian Farmer in sharing the amazing heritage of your town through the regular walks.

“They saw examples of heritage throughout the tour through interpretation boards, the view of the First World War poppy beds that is visible from almost everywhere in the town and the poetry trail.”

“The work of Liz Page and Belper Town Council together with John Nelson and the whole Bloom team, together with numerous groups and individuals, is outstanding.”

The Town is now planning its 2018 entry for East Midlands in Bloom. If you would like to get involved in Bloom – please contact Liz Page – clerk@belpertowncouncil.gov.uk.