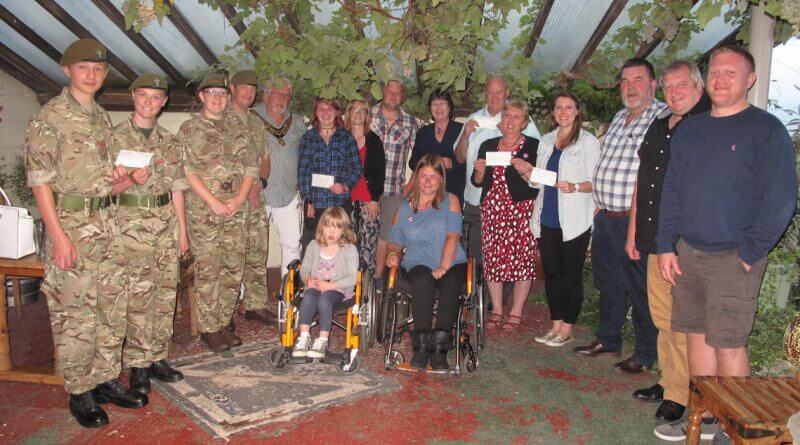 The event which is held each year in memory of local woman Penny Wheeler at Belper Rugby Club has grown exponentially since it began in 2012. From a half day occasion the community event has grown into the biggest community event in Belper, now filling up a whole weekend.

The event was extremely well attended once again and busier than ever.

Friday marked the start of the weekends real ale & cider festival at the outdoor charity bar featuring 29 different ales which proved rather popular. The free movie Friday was packed out as children watched The Jungle Book and The Goonies.

Saturday was games day and after a brief shower early that morning the rain stayed away, and the people of Belper thankfully didn’t. They turned up in their thousands to enjoy a brilliant day out for the all the family and to cheer on the record number of 30 teams taking part in the it’s a knockout competition. The eventual winners of were Belper Women’s Rugby Club.

Live music took place all day across 2 stages, the music side of the event has grown massively over the last few years and is now as big a deal as the games themselves. It went on into the after show and was headlined by local band Wheatabix who really got people up and jumping around.

Sunday concentrated on entertainment with high quality and diverse music being played throughout the day, many of which were local artists. The weekend was wrapped up by Chris Helme (The Seahorses), Mark Morriss (The Bluetones) and the quite astonishing Jasper In The Company of Others.

On 2nd September The Belper Games committee held a presentation night at The Wheel Inn in Holbrook where they were joined by representatives from the 3 main charities that the games supports:

Further donations were made to the local youth charity (The Drop Inn) who received £2000, Belper Army Cadet Force and volunteer group The Coalville Heroes each received £500 each for their invaluable help at the event.

They were joined by the Mayor of Belper Peter Hurst, Pauline Latham MP, Jo Jo Slack (A young girl from Belper who also suffers with a rare condition Gillespie Syndrome) who opened the games this year and a number of sponsors of the event including Wheeldon Homes.

Pauline Latham commented on how proud she was of the wider Belper community for coming together for the event and how amazed she was at its growth over the last 6 years with only a small core committee of 5 people.

She congratulated all of the organisers and wished them well with the event in the future.

The Mayor echoed those comments and said that Belper Town Council will continue to support the event in any way possible.

Nick Wheeler who is one of the organisers said “we would like to thank everyone that helps us with this event, teams, sponsors, musicians, volunteers and the rugby club for letting us hold it at the ground.  Without your help we couldn’t make it happen. Most of all I would like to thank the community of Belper for getting right behind us and helping us make it such a phenomenal success. I know Penny would have been amazed at how it’s grown, I’m immensely proud of how it’s turned out. So let’s keep it going!’’

The organisers have already begun planning next year’s Games and are on the lookout for sponsorship.