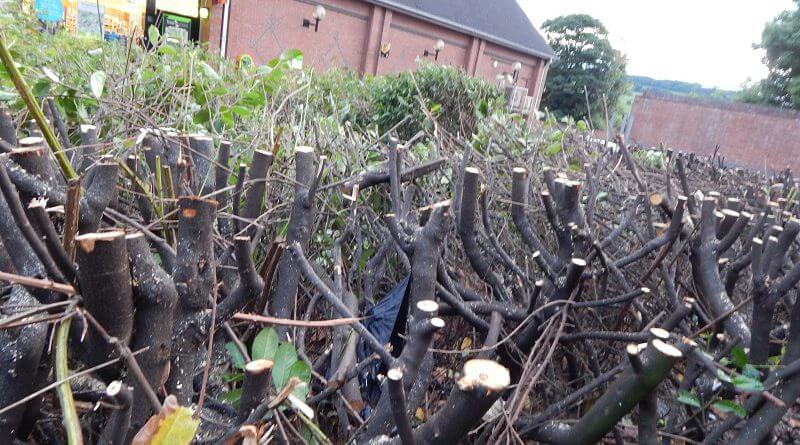 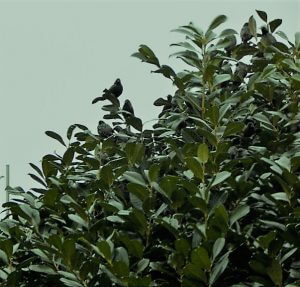 In Spring this year Belper enjoyed a massive murmuration of starlings swooping over the town in formation as they prepared for migration.  It was estimated that there were between nine and fifteen thousand birds in the murmuration, and a great many people shared photographs and videos of them on social media, including them flying in to roost in the laurel hedge on Strutt Street between Central Co-op and Ladbrokes betting shop.  There was local concern about a rumour that Ladbrokes betting shop had requested the removal of the hedge and Nailed investigated that rumour and were assured that the hedge would not be touched.

As everyone can now see, that assurance was a temporary one.  The hedge has been pruned down very low,  but residents need not be overly concerned.

Ladbrokes explained that they had indeed requested that the hedge be dealt with.  The reason for the request was that the hedge was overgrown and was interfering with the aerials necessary to pursue their business.  They claim that the signal from the aerials was disrupted, affecting their streaming of live sports races and events, which are a crucial aspect of betting shops.

Co-op informed us that the decision had not been made locally but was a health and safety issue enforced by their head office.  They had experienced road visibility issues concerning the car park and the hedge and there was the possibility of accidents.

Ladbrokes submitted repeat requests for the hedge to be dealt with.

Co-op routinely prunes the laurel hedge.  Pruning was delayed this year specifically because of the murmuration of starlings and the legal protections upon roosting birds.  Sadly the delay has led to the hedge being pruned in September, whereas the cutoff for the best end of season pruning for regrowth is in August.  Bigger pruning usually occurs over winter and spring. 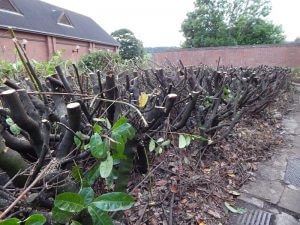 The extreme visual that the severe pruning creates may cause worry for residents who hope for the starlings to return to this roosting location, but this is a normal way to deal with an overgrown laurel and does promote regrowth. Derbyshire Wildlife Trust informed us that the loss of a roost, albeit temporarily, is not a threat to the red listed birds as there are plenty of other locations for them to roost in this area.

The laurel will grow back.  Whether it grows back quickly enough to host the Spring 2018 murmuration is yet to be seen, but they will just be lodged at another leafy hotel if it takes a little longer.

As brutal as the pruning looks up close, it is still leafy from the pavement or road. 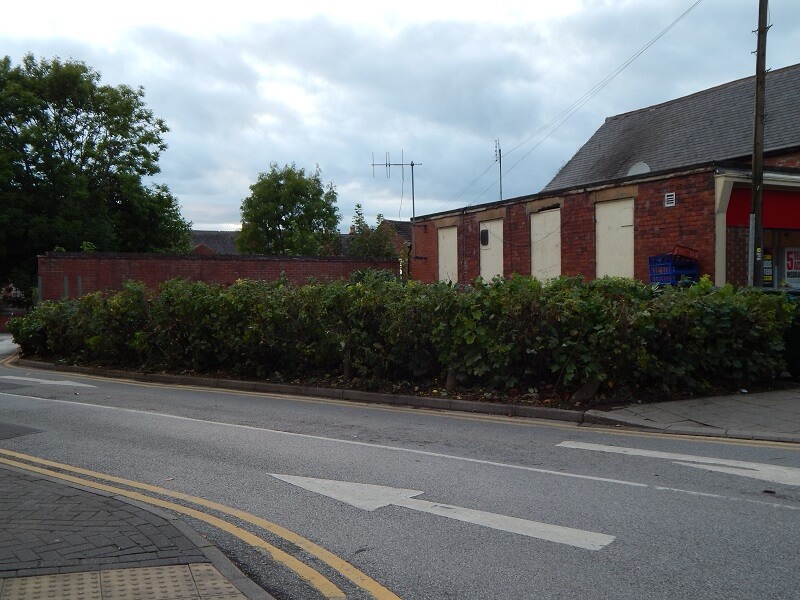 One thought on “Murmurs of Harm Are Unfounded.”