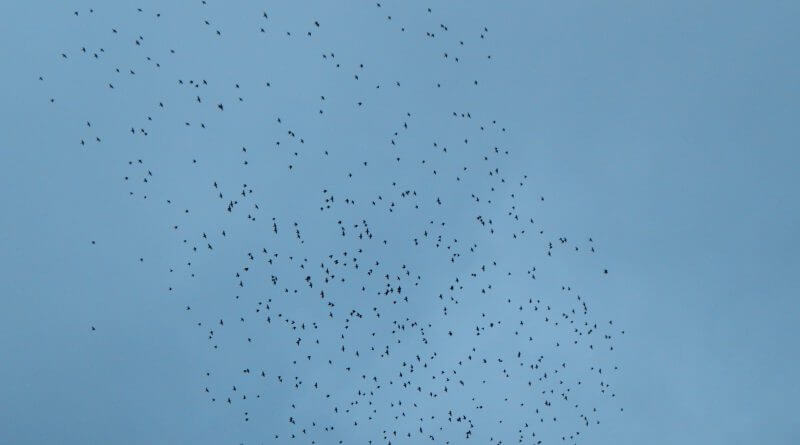 A couple of weeks ago Nailed was contacted with a rumour about the murmuration of starlings which a great many Belper residents have been enjoying watching.  The rumour came via an intermediary, from someone who didn’t want to be identified and we couldn’t immediately confirm it.  Now we have.

Collective noun for starlings, which is also used as a noun for their group flight acrobatics.

That Ladrokes betting shop had requested that the hedge beside their premises be removed.
On Tuesday 28th February, one of the duty managers at Co-op confirmed that the rumour was true.

The Alleyway behind the hedge shows that the humans are much dirtier than the birds. 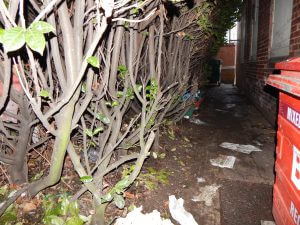 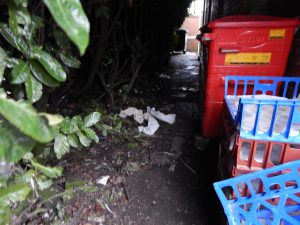 Another potential issue is that the hedge is currently blocking light to the passageway.  Co-op assured us that this was a temporary and resolvable problem because when the hedge was to be trimmed last year there was a wasp nest inside it and the wasps attacked the arborer.  So it could not be cut back at that time but will be in the future.

The starlings roost in a large laurel hedge opposite Co-op.  The hedge is of aesthetic benefit to Belper as it hides where the shops on Strutt Street dump their rubbish, gives privacy to residents in the surrounding area and leads in to the car park, making it appear less urban.   It is also the temporary home to a massive murmuration of starlings.  Every evening from half past five until sunset, Belper residents can be found on Strutt Street and outside Co-op watching the swirls, swoops and gathering of an ever increasing murmuration of starlings.  At twilight they all plummet into the hedge to sleep.

So starlings need our concern and they need humans to not do anything else to cause them harm.

Both Colin Wilkinson, Senior Conservation Planner for RSPB in the area and Nick Brown, Wildlife Enquiries Officer for Derbyshire Wildlife Trust informed us that there is no legal recourse that Belper residents could take to stop the hedge being removed if Co-op decided to comply with the request.  The Wildlife and Countryside Act of 1981 only protects active nests and once they are inactive they cannot be protected.  Mr. Wilkinson suggested that Belper residents might be able to apply for a tree preservation order (TPO) which would stop anyone from touching the tree (even to cut it back) without permission from the council.  A TPO can only be issued on trees that have historical, landscape or amenity value.   They also advised in situ protest IF the hedge was to be removed.  An action which some residents had already taken after Nansy Ferrett highlighted the issue on Facebook.

Happy Ending:
Community action is, however, unnecessary, as Co-op will “definitely not comply” with the request to remove the hedge.  The hedge will not be removed.  As of this moment, the starlings are safe and can return after their mating season takes them abroad in March.

We can enjoy the murmuration safe in the knowledge that the habitat is secure for now.

Nailed’s footage of the murmuration, including roosting (photo gallery below videos): 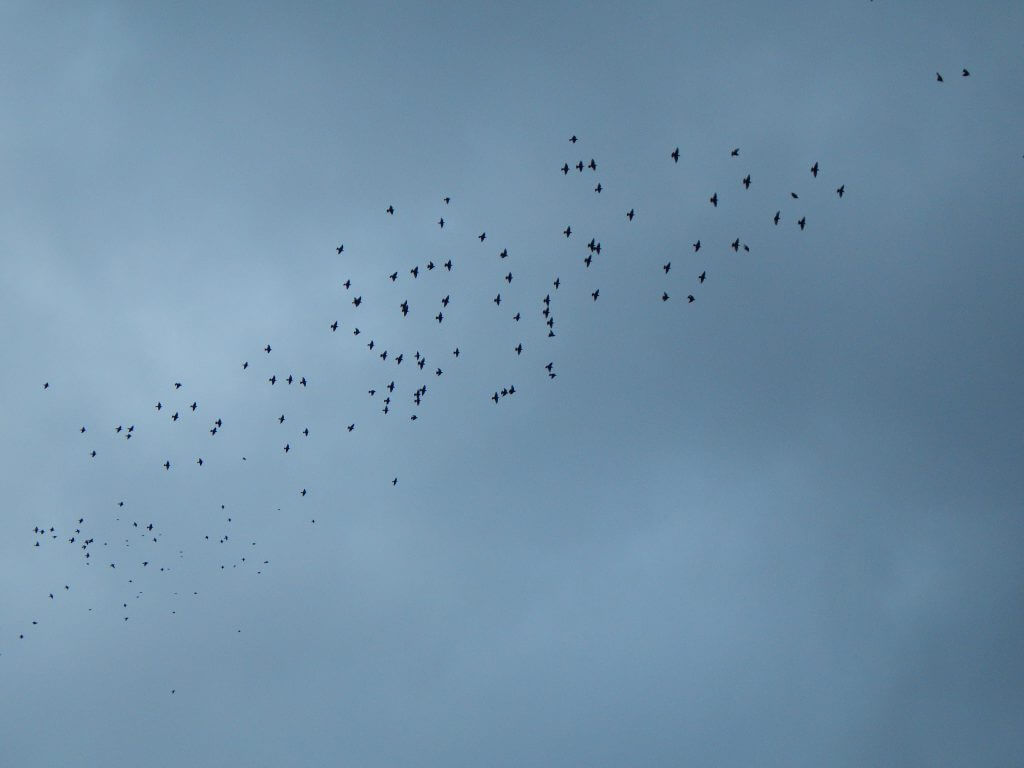 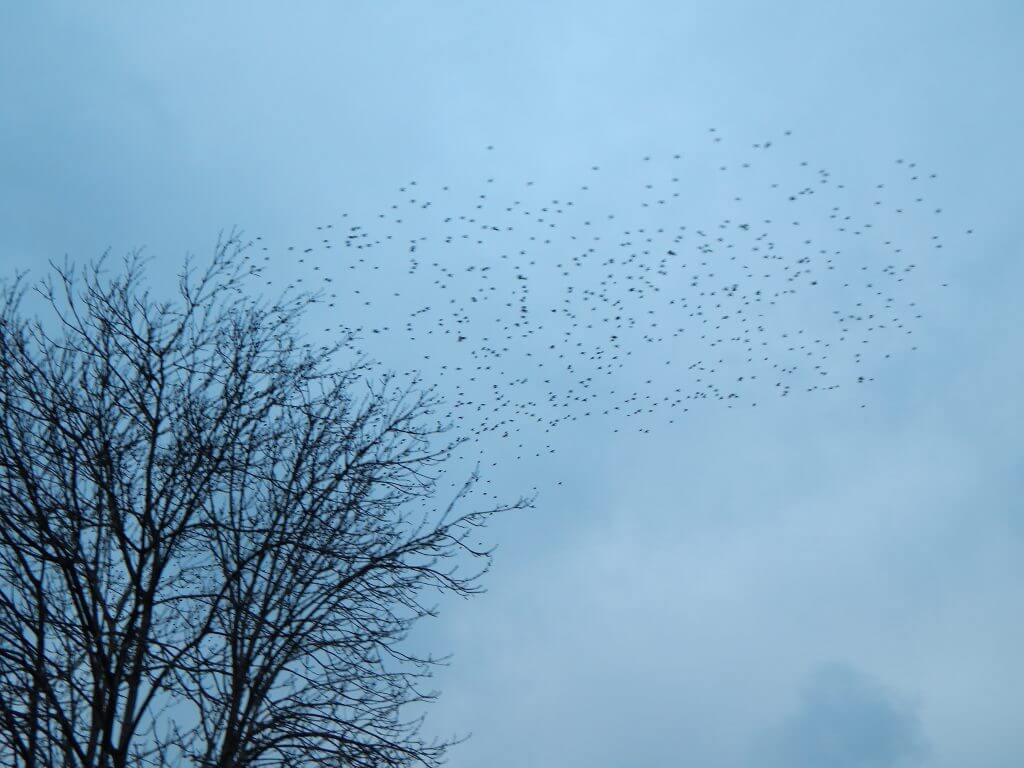 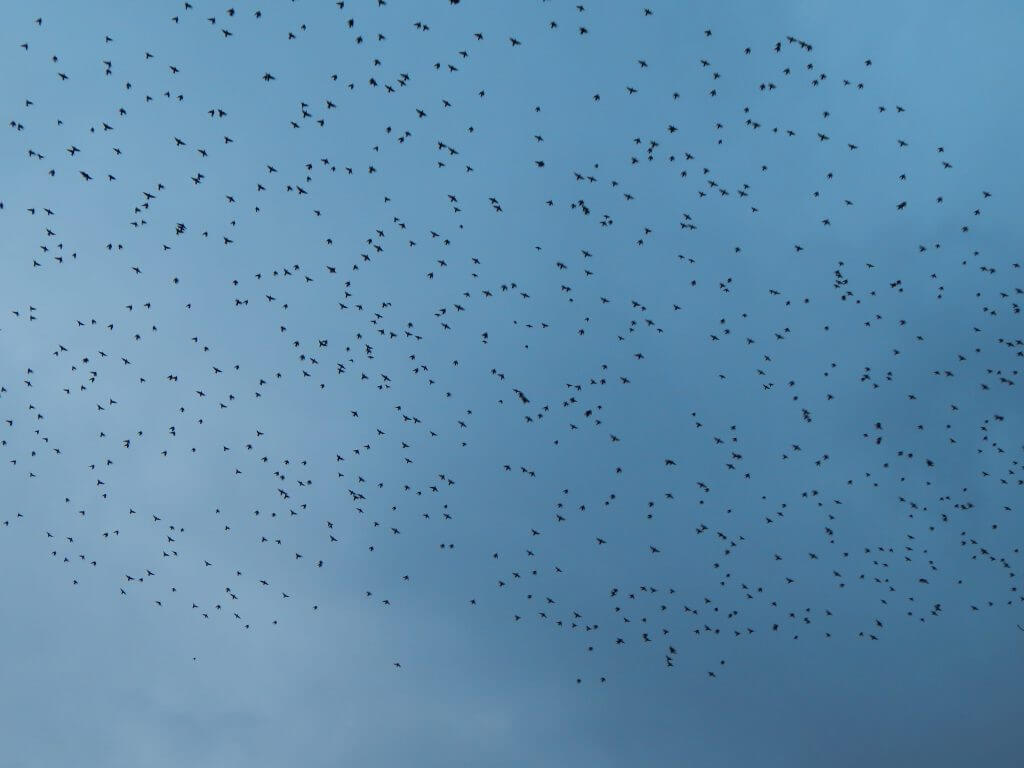 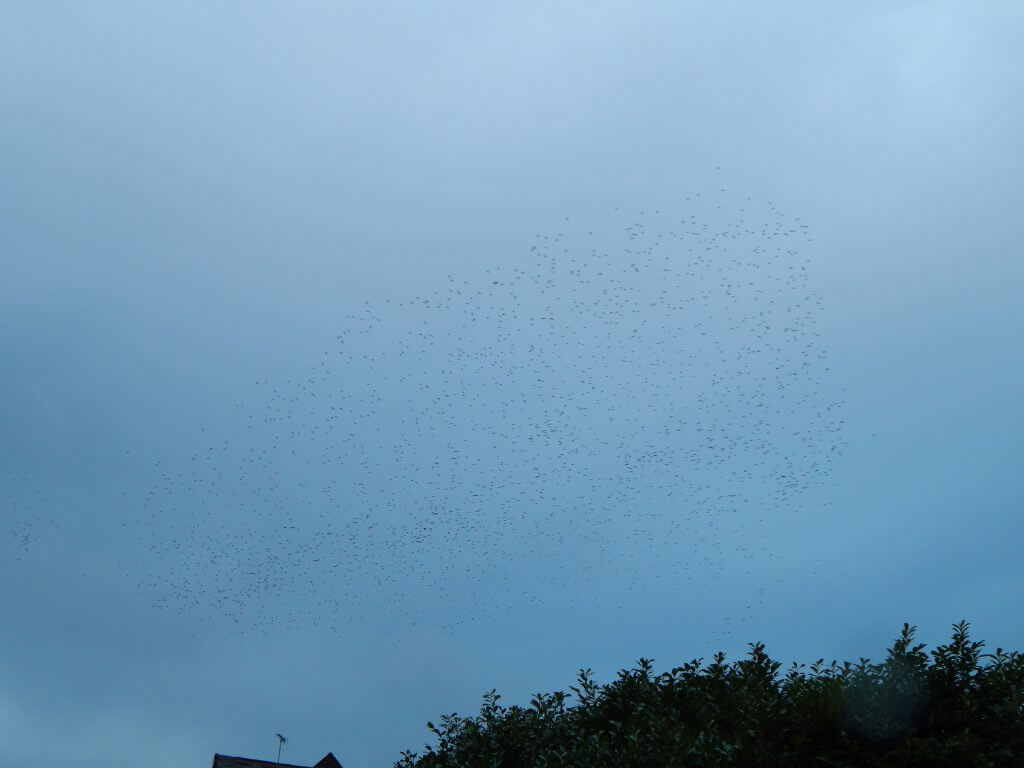 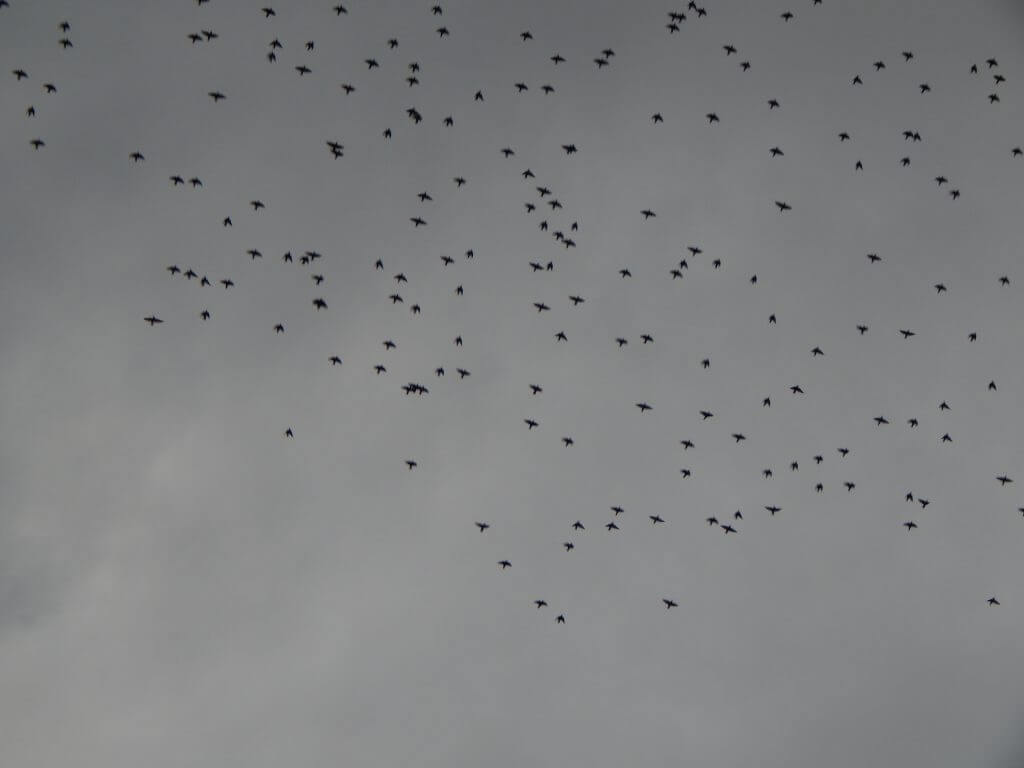 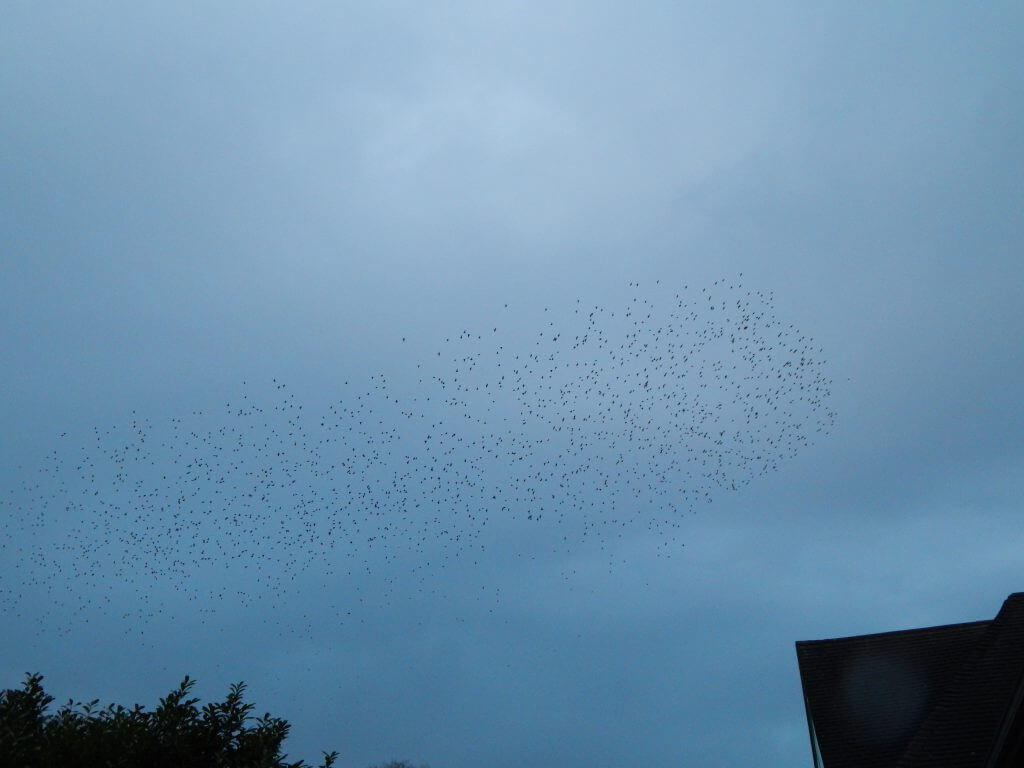 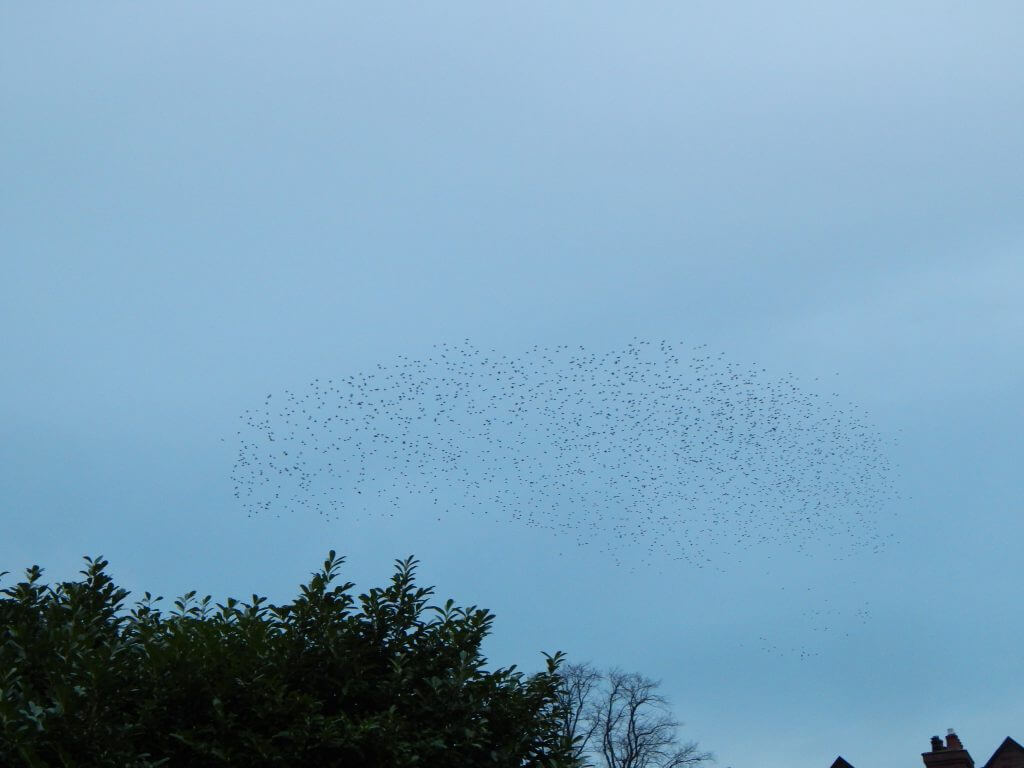 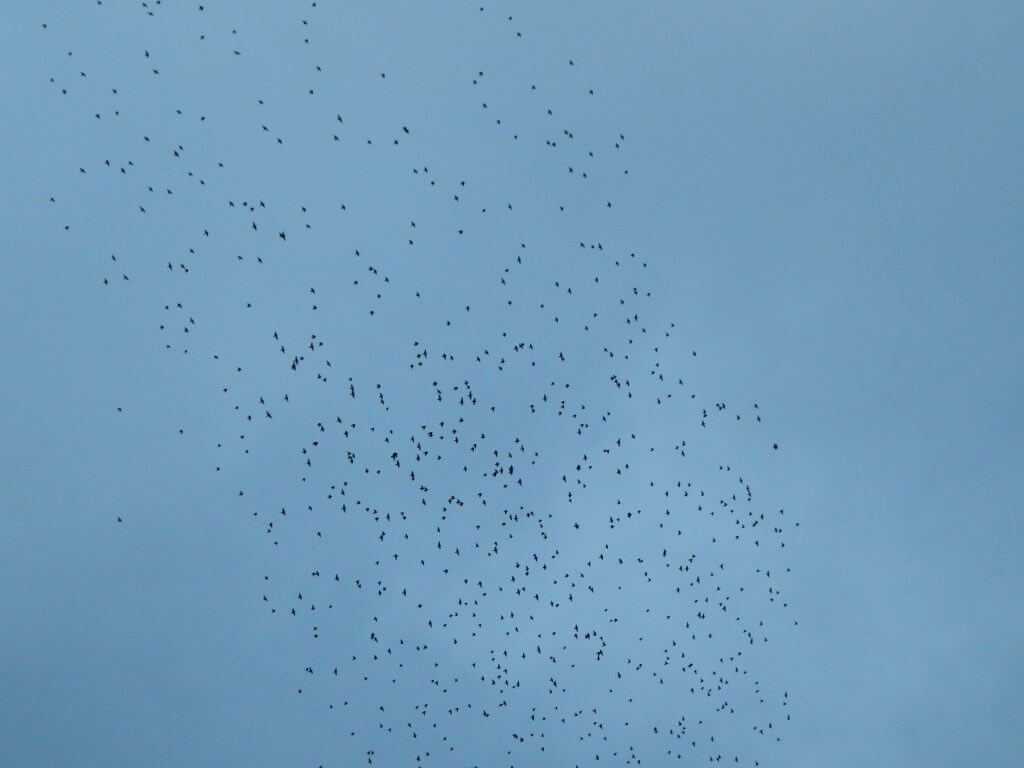 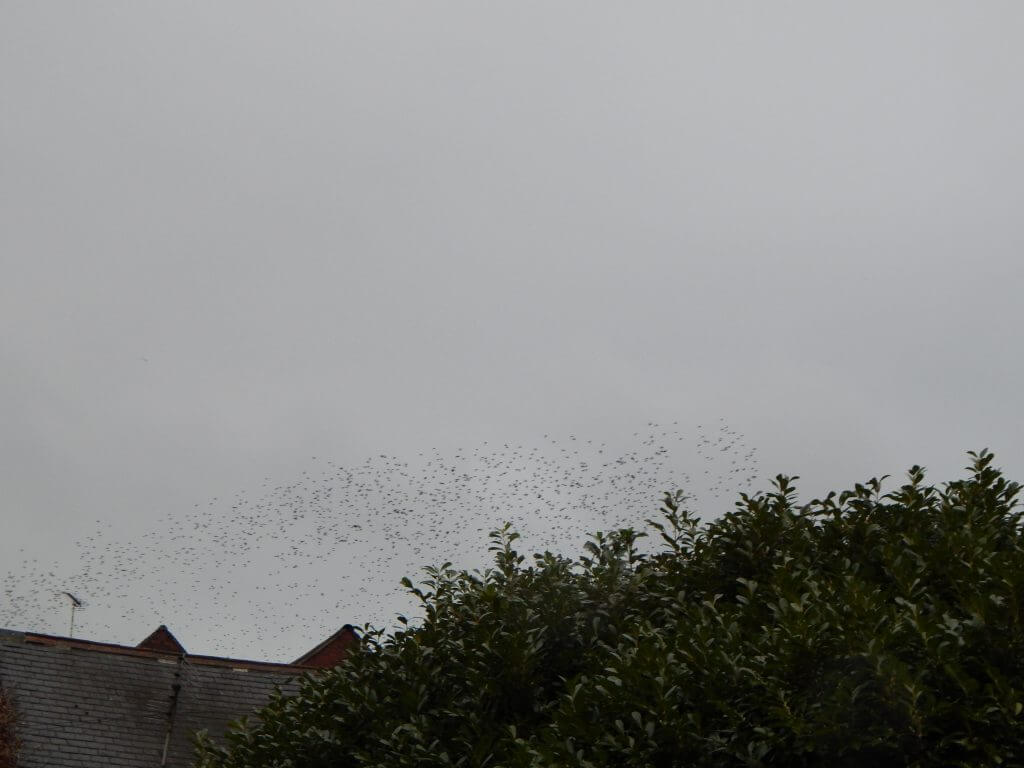 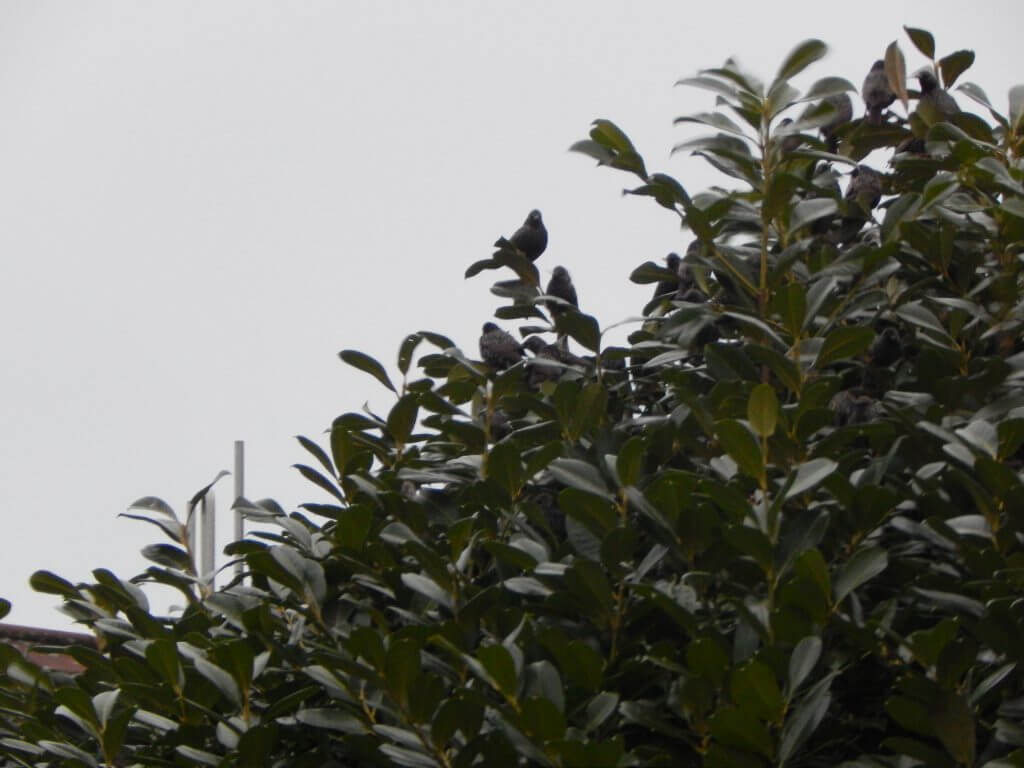 All photo and video by Clare Washbrook