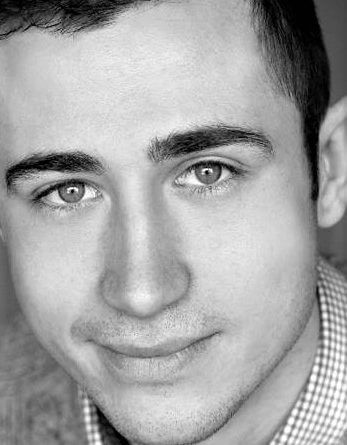 CREATIVE BELPER
5th May 2017 George Gunby 0 Comments Belper Arts Festival 2017, Drama, Hamp, Josh Sly, Play, Strutt Community Centre, WW1
“Hamp” is a play by John Wilson, directed by Larry Waller. With a stellar cast, a set designed by Andy Mayers and lighting plotted by Jamie Vella it is the undoubted highlight of Belper Arts Festival.
When Private Arthur Hamp scrambles out of a shell hole and walks away from battle, the Army finds itself compelled to notice his existence. He is court-martialled for desertion. Josh Sly, who played both thunder and lightning at the age of 3, plays Private Arthur Hamp and I caught up with him during a break in rehearsals.
“Before this play, World War 1 was a history lesson. Now I have thought about the individuals in the war I have seen images and imagined scenes that scare me and make me uncomfortable. Not just my characters “Predicament” but the comrades and superiors around him each of them has experienced a time that I believe we never will again. Desertion has always been a taboo subject. Just as in Act 2 there are constant worries about what can make a soldier leave their responsibilities. I still can’t fathom what sights and smells a private would have experienced in daily life on the front line but I know that the mental limits of each man would have been stretched beyond a normal life in England.”
“Being honest, finding Hamp as a character has been one of the hardest things I have done in the acting world. I have had the pleasure to play a variety of roles but none with the gravity of this role. With that said I have learnt a new way to play a raw emotion, filled with naivety and innocence. Larry Waller is directing and he has offered an excellent balance between letting us find the character ourselves, asking us to push ourselves further and further with certain feelings and scenes and reigning us back to present each character as truthfully as possible. The role is the hardest and most complex character I have ever attempted and while it has been a challenge for me I have really enjoyed it.”
Josh comes from a family of performers. His mother, Sheila, is a constant contributor as actress and director to local theatre. His sister, Emily, is a professional actress who has performed in the Far East as well as throughout the UK. “I relish in the opportunity to perform with any actors better than myself and with Emily and Sheila being the standard they are it would be fantastic. I have enjoyed working with Mum (Sheila) a few times recently and found the professional balance is easy to create. I have been lucky to grow up with a family of performers. I’d love to play Mickey Johnstone from Blood Brothers, I have seen this play many times and every time I fall in love with the story even more! The role is massive and holds so many opportunities to stretch an actor I can only dream of accomplishing something as top quality as this.”
“Hamp” by John Wilson will be performed at the Strutt Community Centre on 18 / 19 / 20 May at 7:30pm.
Tickets are available from OXFAM BOOKS & MUSIC BELPER, belperartsfestival.org and by calling 07847 478251.