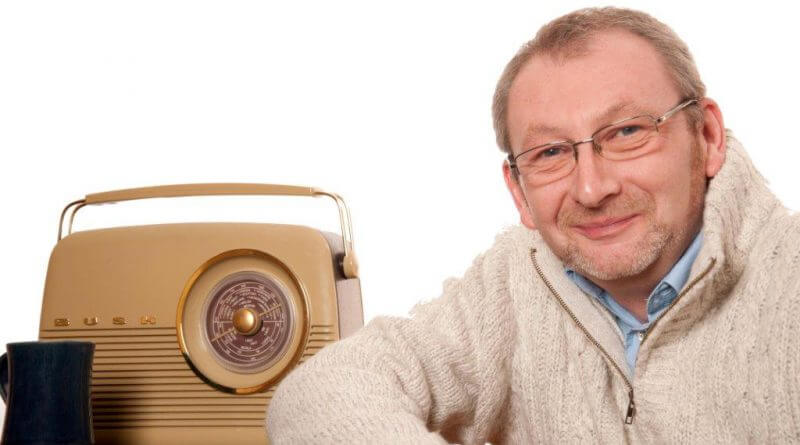 It’s almost five years since Andy Potter invited me on to his BBC Radio Derby show to talk about the Belper Short Play Festival. As the interview ended he told me that I’d be back in six months to announce the Belper Arts Festival. He was right.

Since that first interview Andy has become a close personal friend. He has continued to support the festival and, in addition, he jumped at the opportunity to host the Celebrate Belper concert last May. In July he hosted the Tribute To Victoria Wood evening. I didn’t ask him. Once he saw the announcement of the show he rang me and asked if he could host the event.

Andy Potter, during his time on the afternoon show at Radio Derby, has given a voice to artists and performers throughout Derbyshire. Creatives from all over the county have benefitted from the opportunity to engage with Andy through Radio Derby. Community groups, individuals, amateurs, professionals – all have been given a chance and because of this the arts throughout Derbyshire are stronger for it.

Yet it is possible that the afternoon show on Radio Derby will become a cultural desert.

It is possible, but not inevitable, that the show will become a vehicle for phone-ins and quizzes. I could be wrong. I hope I am because I am a big fan of local radio. I do mean local radio, not radio that that has become regionalised and utilitarian.

Can I make a suggestion? Please get in touch with Radio Derby and encourage them to continue their support. Put forward the case for being involved in the arts. Tell them there’s more to it than someone spreading paint across a canvas or an actor on stage shouting ‘look at me’. The arts is an integral part of the local economy. Audiences and visitors put money into local economies, creating jobs in cafes, shops and restaurants. The arts can be an adhesive, the glue that holds communities together and develops relationships. It can bring friendships that last a lifetime.

Please contact Simon Corves (BBC Radio Derby Editor) and encourage the continuity of the arts within the schedule of Radio Derby.

One thought on “Andy Potter: His Legacy”