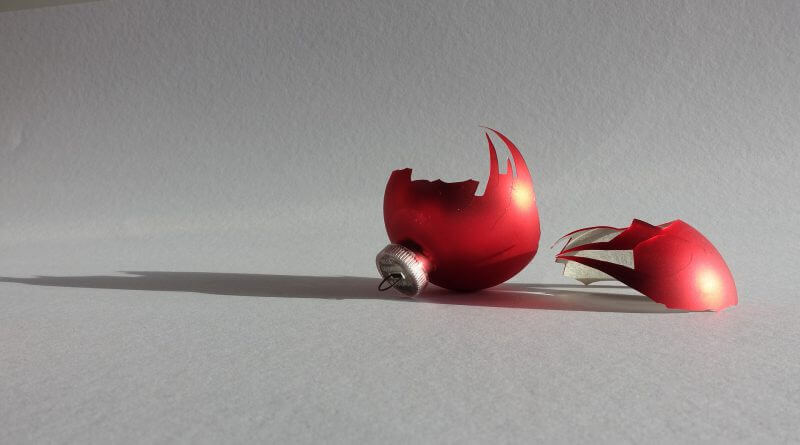 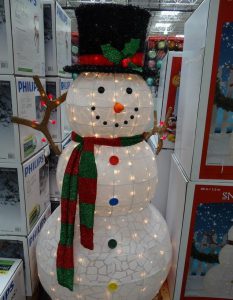 A new addition to Christmas lights and decor, an illuminated snowman, has been stolen at some point over the night of the 20th-21st December.

The illuminated snowman was purchased by Belper Town Council, at a cost of £120, to enhance the illuminations in Milford.  His presence has created much Christmas cheer in the area, with some children visiting him daily.  Mums are worrying about telling their children that he has gone, as they “will be devastated”.

The snowman had been carefully positioned and weighted down at the Milford Triangle, in a part of the garden which is difficult to access, in a position that was deliberately chosen to guard against vandalism.  To steal him, the thieves would have to either climb over a wall, scramble up rocks or climb up to it.  They then removed the weights, which were left behind.

Parish councillor Ben Miller said that he is “deeply disappointed that an individual (or individuals) has chosen to take this when it was purchased for the people of Milford.  They have spoilt it for many in favour of themselves.”

The snowman was last seen, in situ, at 11pm on 20th December by Belper residents passing in their car.  It was found missing at 8am on the morning of 21st.  The theft has not yet been reported to the police, due to the absence of appropriate council staff but the matter will be discussed with police on 22nd December.  We will update you with a crime number as soon as we have it.

In the meantime, if you have any information on the theft, saw someone moving a snowman or notice a snowman like the one pictured above somewhere where there was none before 21st, please contact Belper Town Council on 01773 822116.

These thieves have stolen from town finances and from the Christmas cheer of all, and from responses in online groups, Belper and Milford residents are angry, disappointed and wishing the thief/thieves a very miserable Christmas.

One thought on “Milford Christmas Thief”