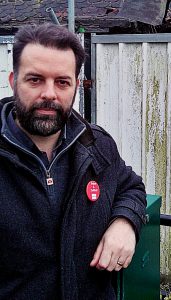 Write-in votes have seen Amber Valley Borough Councillor Ben Bellamy join the Beard Liberation Front’s online poll to choose their “Beard of the Year”, a contest where the public can vote for a candidate from a wide field of public figures to pick a Beard of the Year, the best or best known beard of the selection.

The Beard Liberation Front is an interest group which was founded in 1995 by social historian Keith Flett who continues to be the group’s primary organiser and public representative. The BLF has a humourous focus on beard contests and occasionally outlandish accusations of beardism, having made claims of conspiracies in the past. The group also has a serious side to its aims as it campaigns to stop workplace discrimination against bearded people.

Ben Bellamy is currently in first place with 41.85% of the vote at the time of writing this article, he is followed byWelsh footballer Joe Ledley in 2nd and Howling Hops brewer Tim O’Rourke in 3rd place. Other nominees include broadcaster Gary Lineker, actor Michael Sheen and Austrian president Alexander Van Der Bellen (who is in last place with 0.11% of the vote).

Voting closes on Saturday 24th December at Midday so make sure you vote soon, let’s keep Ben in the lead Belper!

You can vote for Ben on Keith Flett’s blog where he posts regular updates on beard contests and campaigns, as well as his own political musings.  The winner will be announced on 29th December. 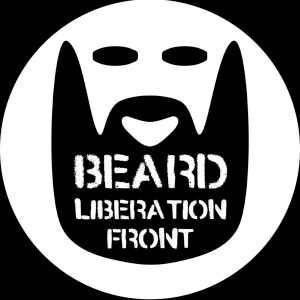