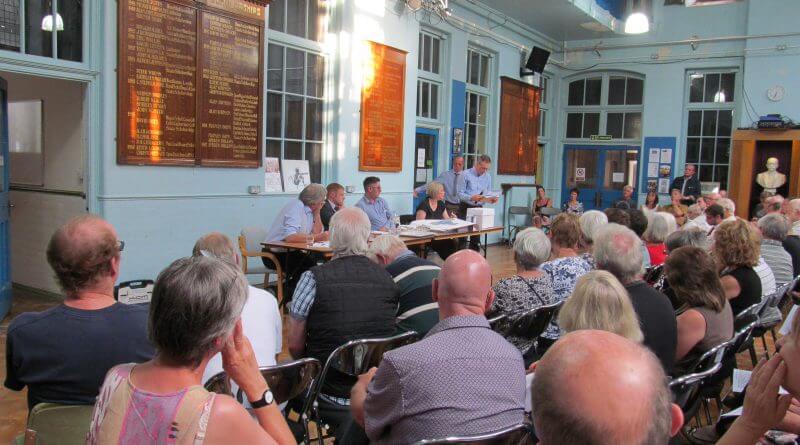 Around 150 concerned Belper residents packed into Strutts Community Centre last night (18th August) to voice their concerns and frustrations over the Vaillant/Peveril Homes Planning Application to build 150 homes, extend the Vaillant factory and move car parking at the Bullsmoor site behind the existing Vaillant factory on Nottingham Road in Belper.

The meeting was organised by Cllrs Dan Booth (Con) and Maurice Neville (Lab) and was attended by Mark Penfold and Sarah Johnson from Amber Valley’s Planning team. Dan welcomed everyone and explained that the planning officers were attending to answer questions and not give opinions. A quick show of hands indicated that, in the room, opposition to the planning application was unanimous.

The first questions expressed some frustration; “why are we here again?”, and grumbles about a lack of consultation letters locally. Dan and Maurice were also asked to clarify their own positions. It was explained that anyone can submit a planning application for any site at any time and each one needs to be treated on its merits. The application is of importance to the whole of Belper and it was thought impractical to write to every home – hence this meeting.

Dan explained that he was against building any houses on the site but might be amenable to a factory extension if it was needed to keep Vaillant in Belper. Maurice argued that the compelling case put forward in the Local Plan consultation was still relevant so opposed any building at Bullsmoor. He viewed the factory extension plan as a deeply suspicious red herring.

Sue MacFarlane of the Green Party thanked Cllrs Booth and Neville for organising the meeting and asked officers to clarify what would be considered valid objections. Sarah Johnson explained that valid grounds included heritage, highways, the visual appearance of what was being proposed, infrastructure, affordable homes and open space. The loss of views, reductions in house prices and the character of the applicants were not relevant to planning matters.

There was a call to put pressure on councillors to push the moral case for a wider battle to preserve Belper for future generations and enhance our growing reputation as a tourist destination. Dan replied that although he agreed with the comment the Planning Board could only base their decision on planning law and to do otherwise would invite an appeal. Maurice explained that the documents relating to our heritage were not dry texts but hailed all that is good about the area – these had to be taken into account. He also urged people to involve themselves in the Neighbourhood Plan process and positively make alternative suggestions.

Jyoti Wilkinson who is leading the Neighbourhood Plan on housing matters explained that a Housing Needs Assessment was being prepared and that more houses would be needed because of population growth and people moving into Belper. He thought we should look at brownfield sites before thinking about using green fields.

Derbyshire County Councillor, John Owen quoted from a document opposing the application but also expressed a need for specialist and affordable housing in the town. At the moment Amber Valley have a 3.5 year supply of housing land (they have available the land to build the annual need 3.5 times) whereas the Government requires a 5 year supply for a viable Local Plan and Core Strategy. Without this planning applications become a free-for-all and are more likely to succeed unless there are overwhelming special circumstances – such as the World Heritage Site.

The meeting then went through a series of reasons to object to the proposals including:

There was a question mark over why Vaillant needed to expand given that some parts of the existing site are currently under-used and the new car parking simply replaces that lost to the new access road. Given that they do not own the land one wonders what incentive they have been given by Peveril Homes (owned by Bowmer and Kirkland) to be complicit in the application.

This may be because under the current Local Plan adopted in 2006 Bullsmoor is designated as being for employment use. It is thought the designation was simply to allow Vaillant to expand should the need arise – rather than exit Belper. A new Local Plan and Core Strategy is being prepared but will not be adopted until 2017 or 2018. Maurice Neville is to investigate how the local community can become involved in the process and so help shape the future.

Protect Belper have submitted a 15 page objection letter which can be found here. They have also produced a Flood Risk Analysis, Landscape Analysis and Visual Sensitivity Analysis to support their objections

The Planning Application and related documents can be found here, where you’ll need to enter the reference number: AVA/2016/0754

Letters of objection setting out all your reasons should reach Amber Valley Borough Council by Wednesday 24thAugust and can be submitted online. Organisation and individuals can submit objections but it is not the quantity of objections that matter – more the different arguments used to make an objection. Copy and paste letters will be lumped together so it is a good idea to be personal in setting out your views. 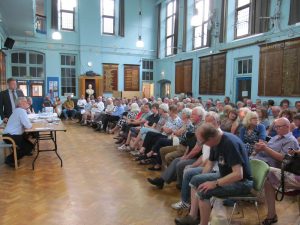 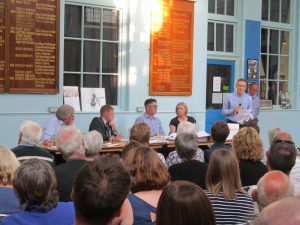 You can get involved in the Neighbourhood Plan process here or email here.