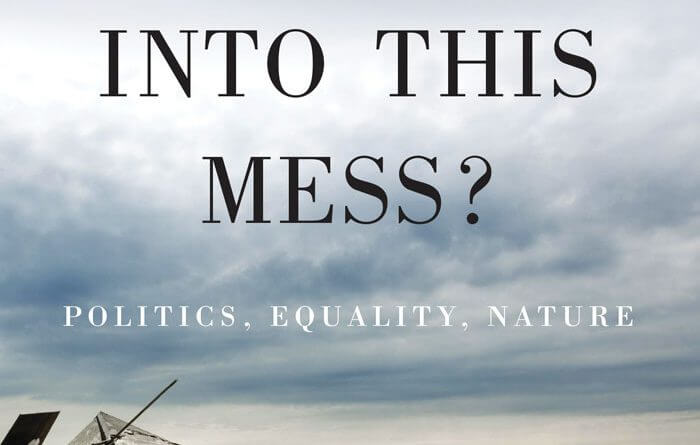 One of the things I like about George Monbiot is how well-researched his articles and essays always seem to be. He tells us things about the organisations which influence public life and about some of the interests that lie behind public policies and political discourse.

This collection of his short essays, written over the last ten years, touches on many issues from TTIP to whale poo! “The Wild Life” describes the thrill of meeting a dolphin at sea and listening to red deer in the early dawn, inspiring him with a sense of wonder and exhilaration. It is also an assertion of the importance that we should place on preserving our planet and its biodiversity. He explores the interdependence of species within ecosystems and the role of plant plankton in making clouds in “Everything is Connected”.

“The Child Inside” looks at planning policies that fail to take into account the needs of children, while “Rewild The Child” explores the value of outdoor education for children to nourish their imaginations, feed their knowledge of the natural world and release them from the constraints of too narrow a schooling.

“Finding Our Place” explores the Scottish independence debate and the politics of land ownership and calls for a land value tax. He discusses land use, livestock farming and deforestation, describing sheep as a “white plague”. He is pessimistic about world governments’ true commitment to preventing global warming and protecting the planet and calls on us to work to preserve the natural world and re-wild areas of our land to encourage the flourishing of species which we might otherwise lose, for the sake of our children and grandchildren.

Other subjects in the book include keeping fossil fuels in the ground, neo-liberalism and where it came from and, in “The Value of Everything”, George Monbiot states that we should argue for a politics with ethics at its heart, asserting community over competitiveness.

It is hard to do justice to the complexity of issues and density of topics covered in the book in such a short review. It is well-written and is a book you can dip into or read from cover to cover and while you may not always agree with him, he has much to tell us.

How Did We Get Into This Mess?: Politics, Equality, Nature by George Monbiot is Published by Verso 2016 and is available now.

One thought on “Review: “How Did We Get Into This Mess: Politics, Equality, Nature” by George Monbiot”