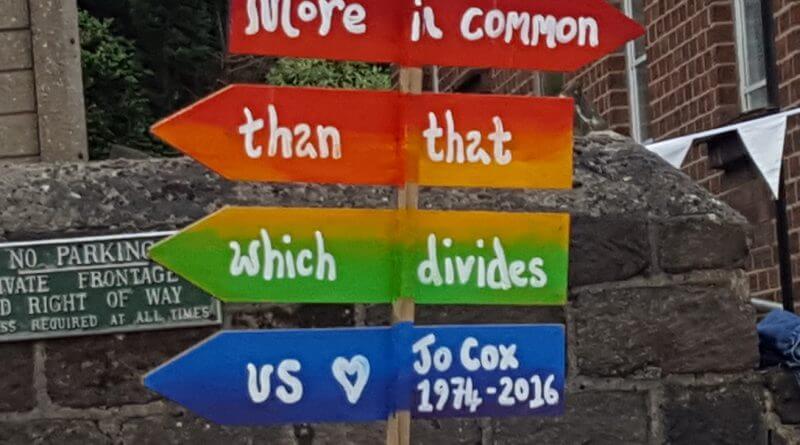 Joining thousands of others around the world, the town was united at a memorial event to remember MP Jo Cox, on what would have been her 42nd birthday.

There were emotional, but also joyous moments as prayers, poetry, songs and memories were shared for the MP by those in attendance.

The event was a non-political meeting and sought to highlight the need for acceptance and non-divisiveness. Boards were available outside Number 28 on the Market Place for people to share their feelings and leave messages of support.

The event finished with a two minute silence followed by the handing out of white roses – the symbol of Yorkshire. 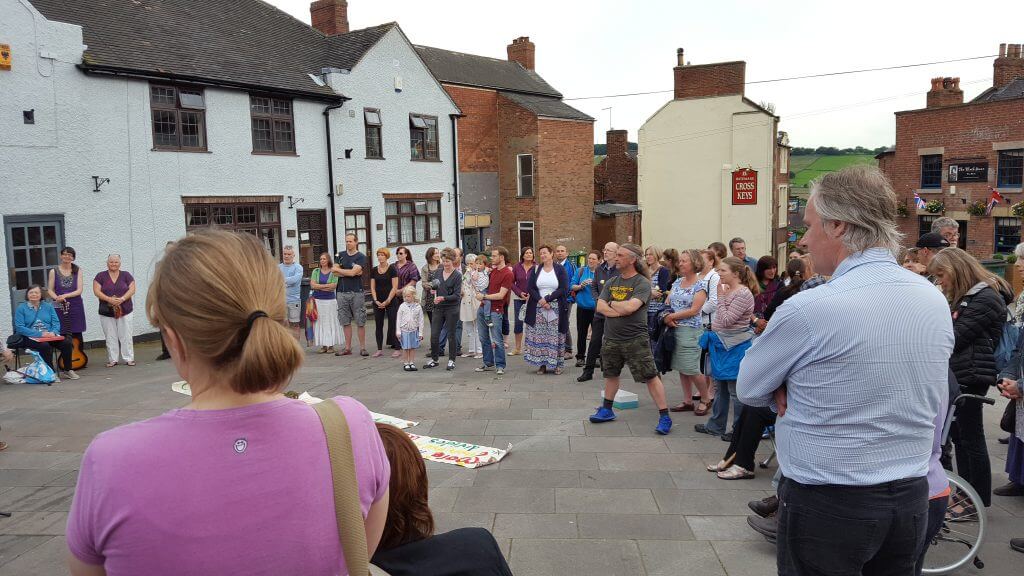 Six days ago (16th of June) the Labour MP was killed outside her constituency surgery in Birstall, West Yorkshire.

Cox was elected to parliament in 2015, prior to this she worked as a head of policy and humanitarian campaigning internationally for Oxfam. She drew together a multi-partisan group in Parliament called Friends of Syria and worked tirelessly to protect civilians and in the region. 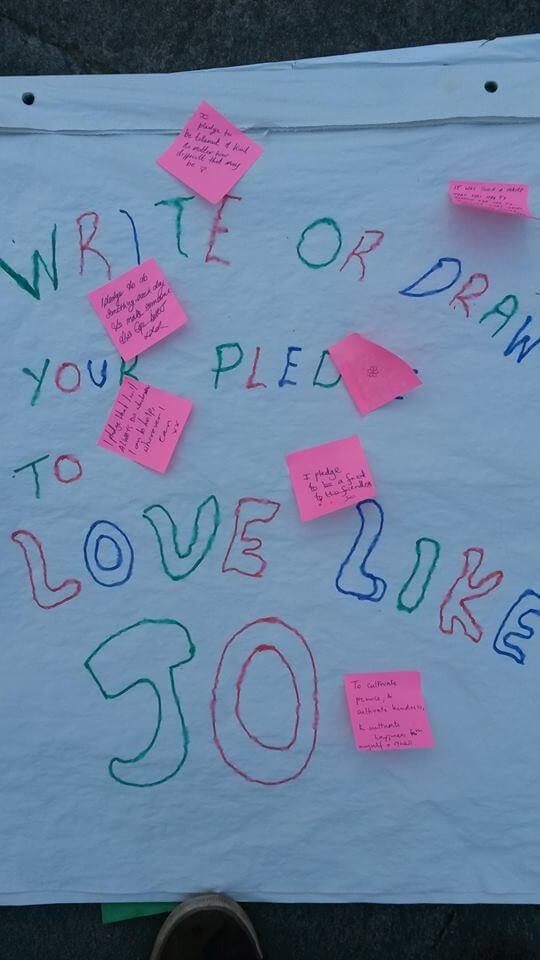 The event, organised by Jen Sumner, Ian Pringle and Rowan Beton, was part of a larger online movement called ‘More in Common than that which divides us – a celebration of Jo Cox’. Social media has led the charge with people all over the world paying tribute to the MP on her birthday. The organisers said in a statement:

“Jo believed that there is more that unites us than divides us, and she was killed for those beliefs. She believed in a love that is fierce, brave and humble. Her death has devastated a family, and attacked the ideals that we as a nation most cherish.”

“Like the majority of Labour Party members & supporters I was shocked & deeply saddened by the murder of Jo Cox MP, outside her constituency surgery. She campaigned on support for Syrian refugees & an ending to the occupation of Palestine, causes I too support. So many people have talked about the compassion, dedication and energy she brought to her work as an MP…Whatever the motive of the person who murdered Jo Cox, we should all commit ourselves to working for a world where justice for all is our mantra and we work to extinguish the flames of hatred.”

Since the #moreincommon hashtag started trending on Twitter and Facebook, the memorial fund established for Jo Cox has reached over £1 million. More details on how to donate can be found at the bottom of the article.

Co-organiser Rowan Beton, when asked about why he got involved with the event, said:

“What I felt happened was that the murder, as tragic as it is, felt like an assault on democracy and the implications of what happened spread and touched everyone that believes in democracy.”

“She lived for the values that I aspire to, she made those real. Every aspect of her life was given over to caring for people with her really thinking about what was going on locally and internationally as well. And when you hear her constituents interviewed it was very clear that they had a very strong sense of love for her. That made me think about what are the connections that we have.”

Pledges can be made online to actions that support the vulnerable, lonely and traumatised people in our local and global communities https://www.facebook.com/groups/1008451409240608/

If you would like to donate, money is best spent on local charities or Jo’s fund https://www.gofundme.com/jocox