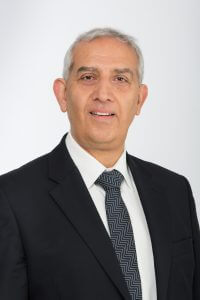 Hardyal Singh Dhindsa has been elected as the new Police and Crime Commissioner for Derbyshire.

There were two counts for the primary vote and the secondary vote in this two tier system.  The first count knocked out the Liberal Democrat candidate with 19492 votes and also the UKIP candidate with 30381 to Labour on 66925 and Conservative on 61741.  So the LibDem and UKIP votes were discarded and the second votes of those who voted LibDem and UKIP were tallied in the second count.  The final tally of both the first and second vote counts was Labour with 78858 and Conservative with 77245.  Labour take it by only 1613 votes.

Hardyal Dhindsa has held the position of Deputy Police and Crime Commissioner until this election, where he takes the top job from his Labour predecessor, Alan Charles, who was elected as the first Derbyshire PCC in 2012.

What can we expect from our new Police and Crime Commissioner?

“Alongside the NHS and Education, Policing is one of the most important public services we all rely on. We hope that we will never have the need of police support but want the reassurance that we will get the help we want in our time of need.

Derbyshire’s Police and Crime Commissioner requires extensive experience in policing governance, the criminal justice system, working with partner agencies and commissioning complicated services for victims of crime. The primary role of the PCC is to hold the Chief Constable to account to ensure people and communities are kept safe from harm.

I have the experience

As Derbyshire’s Police and Crime Commissioner I will

In 2012 only 14.3% of Derbyshire residents voted to elect the county’s first Police & Crime Commissioner. The role of the PCC is essential to keeping you and your family safe.”