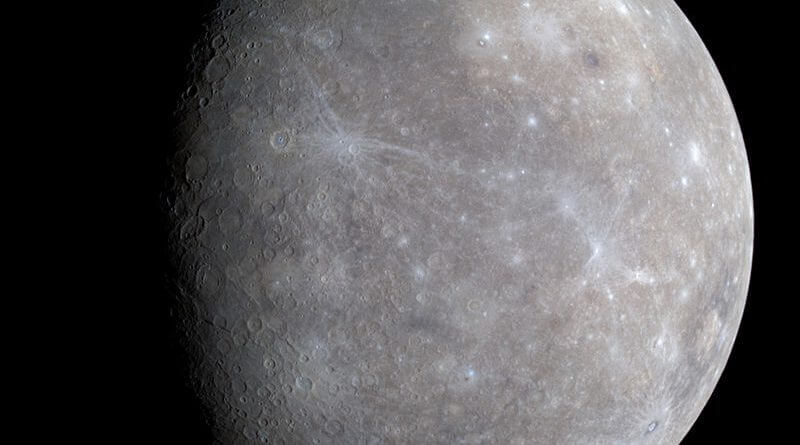 As previously mentioned in Nailed a transit of Mercury will be taking place on Monday, May the 9th.  First contact will take place at 12:12 pm and Mercury will then take around seven and a half hours to cross the surface of Mercury, the transit ending at 7.42 pm.

The Big Energy Project and Transition Belper will be observing the event live, between 11.45 am and 4.00pm in the garden at the Strutts Community Centre, Derby Road, Belper  (ask at reception if you do not know where the garden is).

Viewing the transit of Mercury is not going to be easy, as Mercury’s disc will appear to be 160 times smaller than that of the Sun.

The Telescope image below gives us some idea of what to expect. 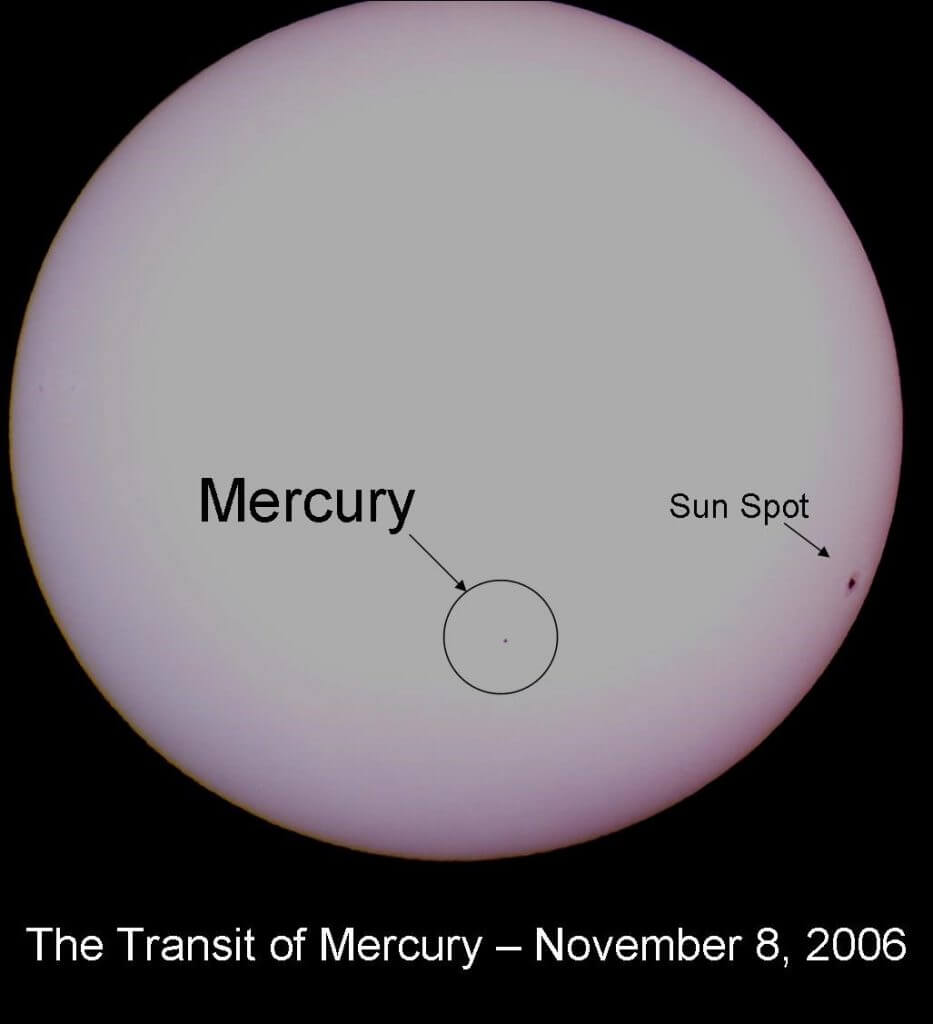 Seeking assurance on behalf of the casual observer I contacted Astro Media (a company that makes working astronomical instruments from cardboard).  Astro Media informed me that a 75 mm projected disc of the Sun would result in an image of Mercury silhouetted as a black dot some 0.5mm in diameter.

That is the equivalent of a full stop in Arial font 12, a bit like this ⇒ ·

Astro Media also estimate that the minimum magnification needed for viewing the transit will be 6x.  They base their calculation on the apparent diameter of Mercury when crossing the Sun being estimated as 12 arc seconds.  1 arc minute is the minimum target that the human eye can detect, and this leads to their estimated magnification of 6x.  This seems optimistic to me and I think that a greater magnification will be needed to make the transit visible.  For example, a report from Space.com detailing an observation of the transit in 2006  (using a telescope equipped with a solar filter) claimed that the optimum magnification needed was 67x with a 80mm objective lens.

Never look directly at the Sun without a suitable Solar Filter – you run the risk of permanent eye damage, even blindness.

Transition Belper and the Big Energy project have decided to use solar projection to view the transit.  With this technique Mercury will appear silhouetted against the Sun, discernible to the viewer as a small black spot.  We will be using the solar projector kit from Astro Media and will also set up a small telescope with a 75mm objective lens as a solar projector.  A dry run with the telescope gave us a reasonably sized solar disc of 100mm diameter and, when using 30x magnification, sunspots were clearly seen (we are taking that as a good sign).  The Astro Media solar projector gave a projected solar disc of 75 mm diameter and also good views of sunspots.  It is going to be a challenge but we hope we will be able to “spot the spot” on Monday.  To help us along we will also be brewing-up cups of tea using our Kelly Kettles.

If you want to see how we get on please join us at the Strutts Community Centre, and if you have a telescope suitable for solar viewing you are welcome to bring it along – the more the merrier.

One thought on “The Transit of Mercury or Spotting the Spot”