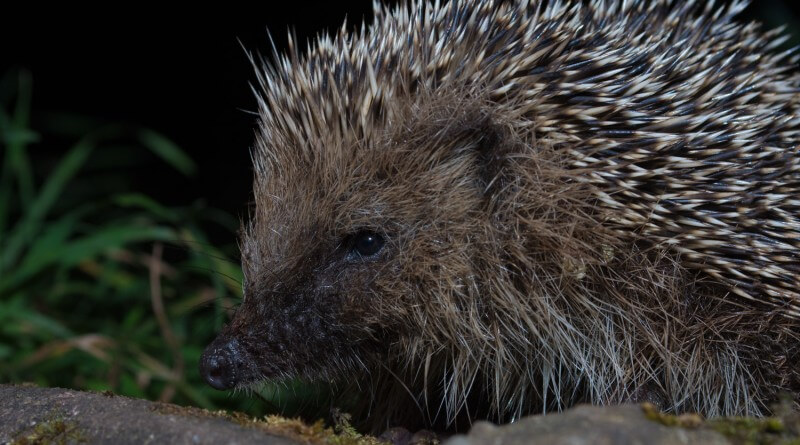 Pauline Latham sent letters to everyone in Belper and the rest of her constituency who had previously contacted her about animal welfare.

In the letter she states:

“The number of hedgehogs in Britain is estimated by conservationists to have dropped below a million, compared with nearly 30 million¹ in 1950.  Hedgehogs were a common sight in gardens and hedgerows but are now glimpsed rarely and even then often as roadkill.  Their decline can also be blamed on habitat loss, badgers and intensive farming which suggests that more action is need to improve habitats.”

The petition calls for “the creature” to be added to Schedule 5 of the Wildlife and Countryside Act.  This would make it illegal to kill or injure a hedgehog or to knowingly interfere with places that hedgehogs use for shelter.  The necessary habitat protections that this affords would impact developers, because they would have to consider how their plans will impact the hedgehog population.  It would also need to be considered by Nplan4B, the neighbourhood development group for Belper.

Ms. Latham included a physical petition sheet with her letter, requesting that constituents go out and collect as many signatures as possible.  When Nailed contacted the office, it was stated repeatedly that the petition had to be hard copy and real signatures needed to be presented in parliament.  Since we suggested that the government’s own petitions website actually fulfilled all of the required criteria to force a debate, Ms. Latham’s office has sent us Mr. Colvile’s online petition which you can find here on the parliamentary website.  Mr. Colvile has set a deadline of 11th August 2016.  Ms. Latham has set a deadline for any physical petition sheets to be returned to her at The Old Station, Station Road, Spondon, Derby, DE21 7NE by Friday 6th May.

It should be noted that whilst reasons for the decline in hedgehogs has been attributed to badgers, farming and building, none of the long term studies which are calculating the numbers and signalling the decline have been able to identify reasons for the drop in numbers and whilst it makes sense that building development would have an impact, and that the impact of the choices made by farmers has long contributed to large scale decline in many previously common wildlife, badgers are notionally mentioned at the end of lists of possible reasons for decline. Badgers were predators for hedgehogs in 1950 as well as 2016 and it is human interference that is the problem.  It would be outrageous if this were to be used to launch another attack on another ailing mammal.

Both Mr. Colvile and Ms. Latham supported the badger cull and Ms. Latham was directly targeted by Stop the Cull in 2013.  The inclusion of badgers in the list of reasons for hedgehog decline might be as much political as actual, due to the misleading nature of listing reasons.  Badgers are a natural predator for hedgehogs but hedgehogs actively avoid all areas where badgers are resident and only pose a problem when habitats have been artificially reduced by human interference (source: People’s Trust for Endangered Species and British Hedgehog Preservation Society, which used data from HogWatch and bird watching/wildlife studies).  Speculation by those studying hedgehog populations hypothesises that it might be attributable to continuing intensification of agriculture (for example: reductions in permanent pasture, loss of hedgerows and field margins), the fragmentation of habitat in urban areas, and predation by badgers in areas where their habitat has been built around.

Hedgehog Street, as mentioned in the petition, is an online website to raise awareness and is the source of the proposed protection measures.  It could be used to raise awareness in schools and community groups and offers the facility for community members to get involved in recording and conservation.

Regardless of politics, our hedgehogs, Britain’s only spiny mammal, are in danger because of us and how we behave and we all need to act to protect them.  Below is a printable document of Ms. Latham’s petition sheet, if you want to collect signatures.  Please note that the text must be on every sheet of paper, this is a legal point and if you want signatures to count then you must abide by it.

Otherwise, please sign the online petition.…and spread it around social media; the campaign is national.

One thought on “Forcing Parliamentary Debate to Protect Hedgehogs”