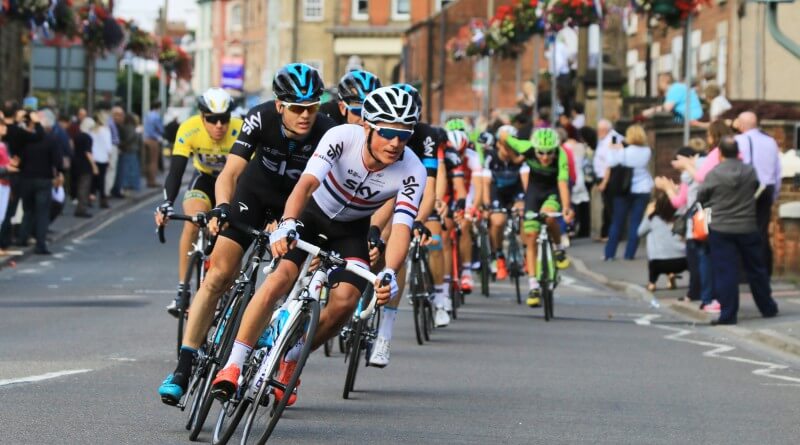 Movistar’s Gorka Izagirre was in the lead when The Tour of Britain came through Belper on the 189 kilometre sixth stage of the race on Friday 11th September. The turnout of spectators was much lower than anticipated but a few hundred enthusiasts were lining the A6 as the riders turned off the A517 from Turnditch and made their way to the Goose roundabout before turning onto New Road to head towards Ilkeston. Mark Cavendish didn’t make it this far, falling out of the race due to an earlier crash with Izagirre, which nearly came to blows.

Arriving from Stoke, via Castleton, Buxton and Bakewell, on their way to Nottingham, Gorka Izagirre was followed about a minute later by a breakaway group of five followed by the first peloton a few minutes after, this first peloton included all of the race leaders.

Everything died down for about half an hour as the road was reopened by police due to a long gap between the first peloton and the biggest group of riders, which included Team Wiggins to the rear.

The stage was won by Etixx Quick Step’s Matteo Trenti, ahead of Edvald Boasson Hagen and Britain’s Owain Doull.

The Tour of Britain runs along similar routes and stages to the prestigious Milk Race, which ended in 1993. The Milk race attracted the greats of British Cycling, as does the The Tour of Britain, which included the Manx Missile Mark Cavendish, Tour de France winner Bradley Wiggins and Alex Dowsett.

Also present was our town mascot, Mr. Potato Head, a gift from our twin town of Pawtucket, Rhode Island, who could be spotted at the bottom of Chesterfield Road.

One thought on “Tour of Britain: Stage 6: Belper”