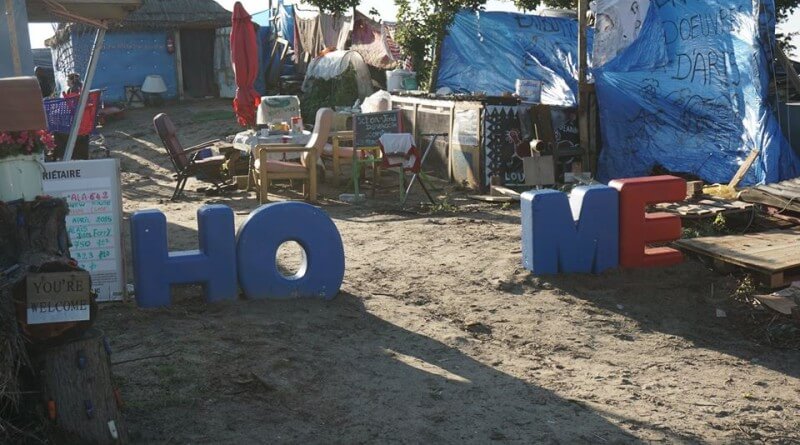 We have all been moved in one direction or another by the plight of the refugees as they flee from Daesh, civil war and Western bombings.  Some people are crying out to stop them from coming to Western nations, fearful of their influence, of their economic demands and of their difference.  Those of us who have formed the Solidarity movement across the East Midlands felt empathy, sorrow and the need to help.

On Sunday 14th November Amber Valley Solidarity held its second collection before it even had its name.

It all started in one night. My friend Charlotte added me to a Facebook group and there were only 24 hours to get donations in. DE Solidarity were more organised than a 24 hour window but we’d found out about it immediately before the deadline. The conversation that flowed between a handful of local people resulted in us filling Charlotte’s flat with our own donations, collecting from a handful of others and Suzie, the only driver among us, took it all over to Derby to go off with a convoy of volunteer van drivers to Calais. We were very proud of ourselves for collecting so much in just 24 hours.

We quickly realised that Derby co-ordinating Belper didn’t really work for the Amber Valley community. The logistics were all awkward. We needed storage here. We needed local drivers and local drop off locations and if someone didn’t step forward then it would remain awkward. We reassured DE Solidarity that we were not abandoning our connection to them, that we were still part of them but that we needed to subdivide and within days we were ensconced in a nook in the George and Dragon, plotting.

Volunteers seemed to be our biggest weakness, so we drafted the teenagers in our lives as additional labour. Space was another weakness, but No. 28 Cafe very generously donated their premises for any collections that we wanted to plan and we are ever so grateful to them for that. The Belper Baptist Church and the Quakers at Fritchley both donated space for storage and we were set. We slapped up posters anywhere that would let us, released the press releases and crossed our fingers.

We honestly had no idea how successful it would be.  We were only half convinced that we knew what we were doing.

Then Paris was attacked by a Daesh cell the night before our big collection and we all ran out in the rain balancing cardboard boxes on our heads up King Street, wondering whether the shock and anxiety caused by the Paris massacre would have an impact on our attempts to help the people who would undoubtedly get blamed by some. We worried without need. We had volunteers and donators coming out of our ears.  People had been turning up before our opening hours and we were met by a stockroom filled with donations, and we had more cars offered for transportation than we needed. We sent the first car off to storage 20 minutes after we opened.

We ended up sending seven (seriously stuffed) car loads to the Quakers and the Baptist church.  We completely filled the Quaker storage after the fourth drop off.

We are now preparing to sort everything according to the guidelines given to us by on site contacts, for ease of distribution in The Jungle and Greece.  Some of this we did on the day but there wasn’t time to do it all and we now have extra volunteers to help with that.  Donations are still coming in.  Belper, you have been brilliant and to answer our most asked question; yes, we will be holding another collection event at No. 28 Cafe in the new year.  We look forward to seeing you there.

We’ve had so many requests for information, so many messages through people searching our names on Facebook or responding to public posts, and so much need to localise these collections to the Amber Valley that we created a Facebook community page as our go-to place for community engagement, so please check Amber Valley Solidarity for more information.  From there you can also join our group for volunteers if you would like to be involved in helping us collect, sort and transport.

One thought on “Solidarity for Refugees”