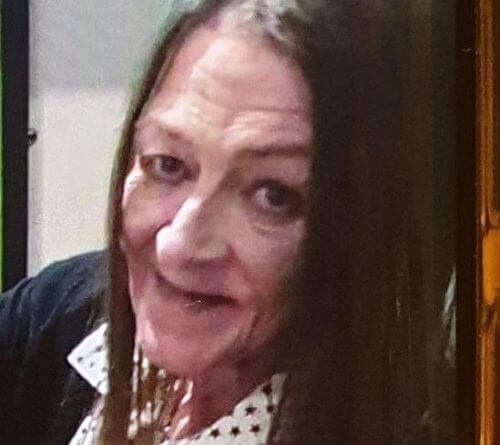 Officers are concerned for the safety of missing Belper woman, Janet Lomas.

Janet was last seen on 13th November in Belper but has not been seen since. She has been spoken to by phone last week and was reported missing to police on 19th December.

She is 65 years old, and is 5ft 3ins tall. Janet is described as thin, with straight, shoulder length auburn hair.

Janet often wears a dark grey parker style coat – which has a fur hood. She may also have access to a dark grey Fiat Punto the registration for which ends KXU.

Anyone who has seen Janet, or has any information about her whereabouts, should contact Derbyshire police using any of the below methods, including reference 607-191219: