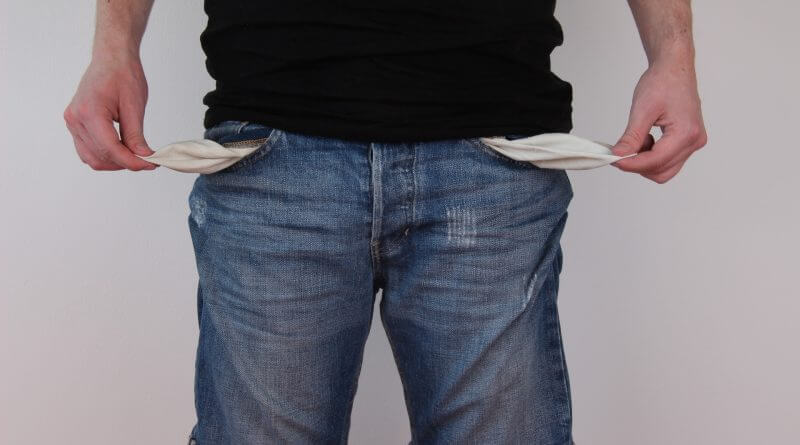 As a part time voluntary media outlet, there are always things we don’t get to report.  We don’t miss them.  We don’t have time to do the work for these articles and work full time, look after our families, stop our gardens from enveloping our neighbours like a leafy Cthulhu, and make our loved ones feel that we still care more about them than building reports and weather forecasts.

As a paper founded on strong ethics, we’ll fess up and say that this is where we failed. Then we’ll tell you why.

The things we didn’t report:

The gardening crew of Transition Belper, who maintain the railway station gardens have been shortlisted for two awards in the It’s Your Station category of the National Community Rail Awards. One member has been shortlisted in the Outstanding Volunteer Community category.

Neil Ploughman’s full membership has been restored and his administrative suspension lifted following a thorough investigation. Labour is a progressive, democratic and anti racist party and the Members’ Pledge requires all members to: ‘Pledge to act within the spirit and rules of the Labour Party in conduct on and offline, with members and non-members and stand against all forms of abuse.

It appears that Neil is now sitting in council as a Labour councillor, not an independent, despite declarations from the Labour Party in May that he would not sit as Labour if elected.

There was a break in at Wards Shoe Shop, on King Street. We didn’t have time to follow this up.

The national Facebook page for the company posted the following: 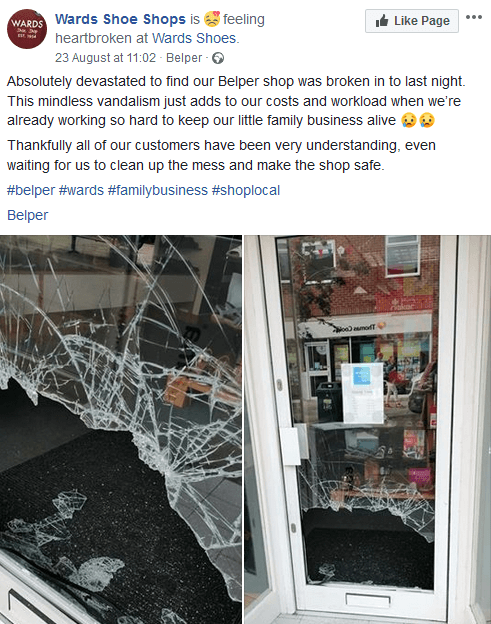 We were contacted by a member of the public about the fact that they had seen council employees in protective suits spraying weedkiller onto children’s playgrounds, and leaving without leaving any warnings.  We contacted Amber Valley Borough Council with a number of questions.  We still haven’t recieved a response.

Walking For Health are offering a Derbyshire activity which is accessible to wheelchairs and pushchairs by introducing Roll and Stroll.  Roll and Stroll takes place every Tuesday @ 9:45am, departing from Crich Market Place.

On 27th July Amber Valley Borough Council announced a new community fund.  £13,000 is available.  Funds can be applied for by local projects through their elected representatives; the councillors are responsible for funds in their areas.  AVBC neglected to name which 6 wards in Amber Valley are eligible.

Contaminated sites inhibit development of brownfield site land.  Chevin Hill, bordering on the Chevin Golf Club in Duffield has two of these contaminated sites, in an abandoned sandstone quarry.  Silkolene is responsible for the contamination, ccaused by dumping the tar, but have not been made liable for the millions that cleaning the sites will cost. Clean Rivers Trust have been in contact with Fuchs UK, who bought Silkolene.  Fuchs has informed them that there are 5 sites in the Belper postcode which need cleaning.  They state a potential trial to clean up the areas, “Initially we have quoted for a trial of a modest size which could be scaled up later.”  We have not had time to follow up on this trial cleaning.

Belper Arts Trail is separating from the Belper Arts Festival and will be changing dates, in part due to the government moving the May bank holiday (so that they don’t have to give people an extra day off).

The new dates for the Belper Arts Trail are Sunday 30th and Bank Holiday ‪Monday 31st ‬ in ‪August‬ 2020.

Soi Kitchens in Milford was named as the best Asian restaurant in the East Midlands, and 2nd best in England.  These awards were part of the 14th Tiffin Cup. Ainsley Harriot and John Bercow (Speaker of the Commons) were amongst the judges.

The Cowhouse Dairy Ltd in Belper sold potentially unsafe ice cream to local schools. They were fined £8000 and £12,000 costs, by Derby Magistrates Court in June.  Owner Malcolm Sutton pleaded guilty to 5 hygeine offences after an investigation by Amber Valley Borough Council.  The risks were Campylobacter, Salmonella, E.coli, Brucella and Listeria.  These are removed by pasteurisation. Mr. Sutton defied notices from AVBC to stop production and continued to sell unsafe ice cream to 70 schools in Derbyshire.  That ice cream was recalled and none was consumed.

Following a routine inspection of the business, officers discovered processing records had not been adequately maintained to demonstrate ice cream had been processed in accordance with the Dairies Food Management System and traceability records for ice cream were inaccurate, missing and unreliable, according to Amber Valley Borough Council.

Thermograph records, which record the temperature and time of the pasteurisation process, were found to be false and looked as though they had been drawn by hand.

Derbyshire County Council announced that they will surface dress around 50 miles of road by the end of September and completely resurface 23 miles by summer 2020. This includes the A609 in Kilburn (surface dressing and partial resurfacing), Moorside Lane in Holbrook (resurfacing) and Gregory’s Way in Belper (full resurfacing).  No other areas in DE56 are included.  Long Eaton is getting the most work by area.

In June Belper councillors Ben Bellamy, Fay Atkinson and Mark Oldfield met with Inspector Dave Parker (the senior Police Officer in charge of policing in Amber Valley), at Whitemoor. The meeting was to discuss a response to recent vandalism, arson drugs and antisocial behaviour in Belper and Duffield.

The council suggested the possibility of increased policing and stated that they were considering increasing CCTV in the town.

We still owe you an interview with Dai Donovan, which happened during Pride in Belper, as well as promotion of LGBTQ+ groups.  These will still be published.

Nailed was founded and funded as a non-profit community group by Belper people with the appropriate skills and experience.  Every writer is local.  Every focus is local.  The stewardship is trained, experienced and currently or previously employed in the industry.  Groups and events both speak to us about promoting their endeavours and write their own pieces, giving the community its own voices, as well as giving external reporting.  But news is all on us, and mostly on the editor.  Nailed already offers a huge amount more hyperlocal news than any other provider.  We can’t be as good as we could and should be if people don’t pay for the work that goes into Nailed, and keeping DE56 informed.  You’d pay for a decent newspaper.  If you help Nailed by contributing to the Crowdfunder, we can run Nailed full time for a while and pursue avenues and grants which have already been identified to take us to a sustainable fully funded state of play.  We have an even bigger plan after that which involves becoming a heritage and community publisher and printer, and publishing a regular printed edition of the paper. If we meet our target, which gives us 2 months to set up the future, Natwest have agreed to back us for an extra month in their drive to support businesses run by women.

Without funding, this won’t happen, and changes in the full time employment of Nailed staff will deeply and possibly fatally challenge the existence of Nailed, with little chance of sustaining it at its current level of coverage. That risk is already happening.

Help us or lose us!

The crowdfunder can be found here: