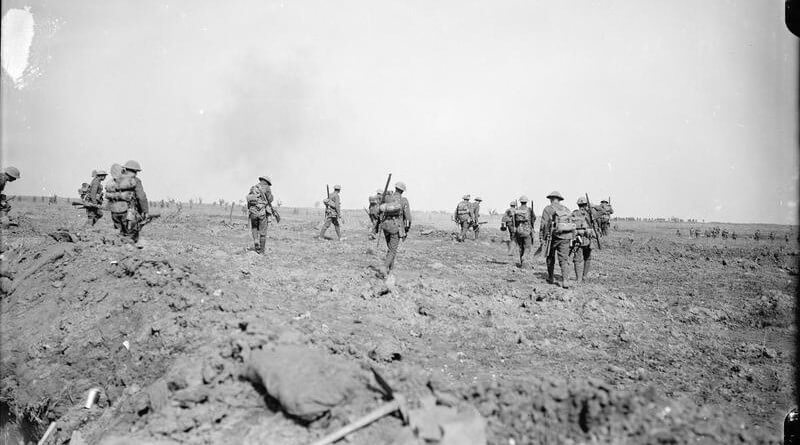 On 1st July 1916, Belper lost more men in one day than on any other day in its entire recorded history.

Yesterday, we saw the unveiling of Sacrifice, Andy Mayers’ sculpture of Jim Green’s face in weathering steel, to commemorate these men, and the loss to the town.  Hundreds, if not over a thousand, attended.

However, we were informed that the sound at the unveiling of Sacrifice was too low for some people to hear everything that was said, and we were specifically asked to publish the letter written by Walter Pepper on the 30th June 1916, the day before The Fourteen died, on the first day of the Battle of the Somme. 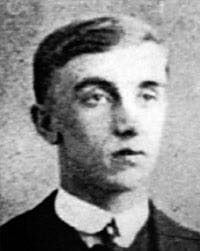 Walter was born in Belper on Saturday 28th July 1877, and lived here until he went to war.  He was the son of George Pepper (a chimney sweep) and Jane Pepper.  He grew up in 38 Long Row.

Walter had fought in the Boer War and then returned home, and married Annie, gaining two stepdaughters, Hilda and Ethel Jennison, and fathering two children of his own, Martha and Gladys Pepper. Walter and his family lived at Windy Gap, Belper.

On his return to Belper after the Boer War, he struggled with civilian life and was arrested on a number of occasions, usually for being drunk and disorderly. He re-enlisted for “The Great War”.

After his death, his wife and children moved to Swanwick.  His wife Annie was awarded a pension of 23 shillings per week from Tuesday 30th January 1917.

The night before the battle, Walter Pepper wrote to his wife Annie,

Dearest,
I could not rest without saying goodbye, happen for the last time … but I want you to cheer up and be brave for the children’s sake.
We must put our trust in God and hope for the best – to come safely through.
We go over in the morning and I am in the first line. They are giving them a terrific bombardment…
It is simply hell upon earth here.
My last thoughts will be with you at home as we are stepping over the trenches. May God watch over me and guard me and bring me safely through.

Please take a moment today, on the 103rd anniversary of their deaths to remember The Fourteen.  Richard Pinkett of Belper in Wartime tells us that, “it was a hot day, with an early morning mist. At 7:30am all along the line the whistles blew … within minutes fourteen Belper men were dead.”

2 thoughts on “The Day They Died: With Walter Pepper’s Letter”