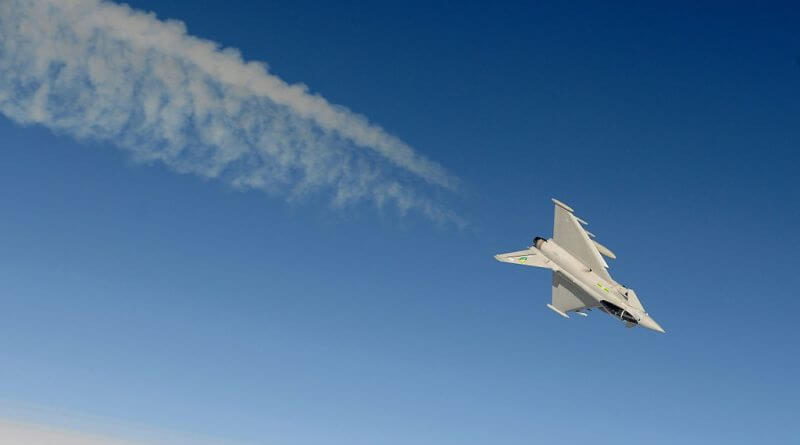 This morning, shortly before 10am, a very loud noise was heard across Derbyshire.  This sparked speculation of an earthquake, which can sound like a dull thud if it has happened far away, or a large explosion.  The noise was heard as far apart as Belper, Long Eaton, and Derby.

The noise turned out to be a sonic boom caused by Typhoon aircraft being launched by the RAF from their Coningsby base, in order to intercept a civilian Air India flight on its way from Mumbai, India to Newark, America.   They intercepted the flight because a bomb threat had been made against the civilian plane, forcing it to land at Stansted Airport. The bomb threat later turned out to be a hoax.

The sonic boom was caused by the extreme speed of the RAF aircraft as they scrambled to respond to a security threat, breaking the sound barrier. They were responding to a Quick Reaction Alert to protect UK airspace.

The RAF’s (QRA) aircraft are held at immediate readiness to protect the United Kingdom and can take off within minutes.  This is a routine part of the RAF’s domestic air defence role.  The aircraft and crew are kept in a state of perpetual readiness 24/7, just like civilian emergency services.

Most commonly these are launched to intercept unidentified aircraft because the aircraft cannot be identified by any other means. i.e. the aircraft is not talking to civilian or military Air Traffic Control, has not filed a flight plan and/or is not transmitting a recognisable secondary surveillance radar code.

An RAF spokesman told us today,

The RAF can confirm Quick Reaction Alert Typhoon aircraft were launched this morning from RAF Coningsby to intercept a civilian aircraft. The aircraft was safely escorted to Stansted airport. The Typhoon aircraft were authorised to transit at supersonic speed for operational reasons; any inconvenience caused to local residents is regretted.

The sound heard was recorded in Long Eaton: