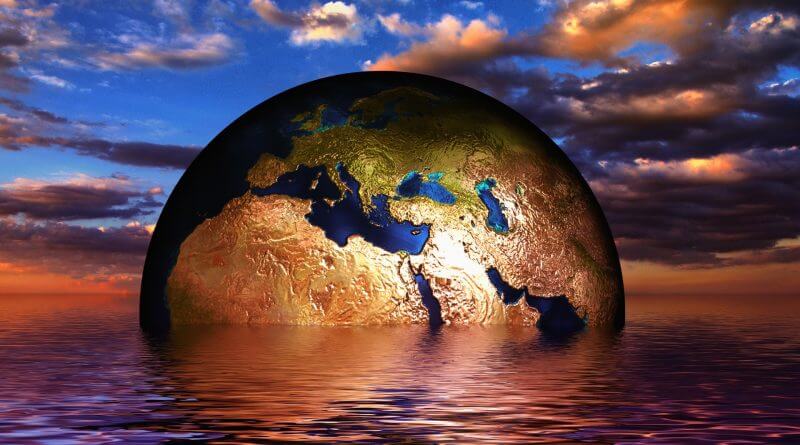 Supporters of Derbyshire Wildlife Trust are preparing to travel to Parliament to call on MPs to secure ambitious new laws which will halt nature’s decline and secure the recovery of wildlife and natural places across the UK.

Derbyshire Wildlife Trust volunteer, Gill, will travel to Westminster on Wednesday 26th June. There, she will join over 14,000 people from across the country including Wildlife Trust supporters from other regions from school children, young people and wildlife volunteers to farmers, councillors and doctors urging MPs to back immediate action for wildlife and climate change.

The organisers of The Time is Now mass lobby are calling on politicians to ensure the upcoming Environment Bill includes ambitious targets for wildlife and a legally-binding Nature Recovery Network. It will also call on politicians to support immediate measures aimed at achieving net zero greenhouse gas emissions, following the Government announcement that it will set in law a target to achieve this by 2050.

Gill, who is travelling 142 miles by coach, said,

We depend on the natural environment for everything: from agriculture, to the places we work, live and relax in, to the very air we breathe. The actions we have taken over the last 100 years are catching up with us and having drastic effects on our natural world, and consequently, us. According to leading climate experts we have just 12 years to reverse the damage we have done, to save species we are destroying and to preserve the planet for future generations.

The urgency needed to protect our environment is higher on everyone’s agenda now, and children are out of school protesting for their future. I volunteer regularly in a practical way for Derbyshire Wildlife rust, but felt the need to add my voice and personalise the arguments for a stronger Environment Act to my local MP. Sometimes the force of numbers on a march or petition is important, but sometimes a direct one to one approach is essential to give more meaning to the message. That is why I’ll be joining The Time is Now lobby on 26th June to ask my MP to act now.

The event, which will take place in the area surrounding the Palace of Westminster, is being organised by campaign groups The Climate Coalition and Greener UK. The two coalitions consist of more than 130 organisations representing over 15 million people ranging from aid agencies such as CAFOD and Christian Aid to community groups such as the Women’s Institute and nature conservation bodies such as The Wildlife Trusts. So far 14,000 people have signed up to attend from more than 95 per cent of UK constituencies.

The thousands of people coming together for the mass lobby are a small fraction of the millions who are crying out for government leadership on nature’s recovery. An ambitious Environment Act is desperately needed. This must establish a law requiring maps and plans to be drawn up to restore our rivers, towns and countryside to life, and funding must be directed towards this. Only this will reverse the catastrophic declines in the abundance of wildlife. Only this can ensure vast areas of our towns, cities and countryside come back to life. Urgent action is needed for a Wilder Future. The Time is Now.

The Time is Now mass lobby will take place following numerous reports emphasising the need for urgent action. The most recent, from the IPBES, showed that nature is declining globally at rates unprecedented in human history — and the rate of species extinctions is accelerating, with grave impacts on people around the world now likely.

The government has said the UK will set a target of reducing emissions of greenhouse gases to net zero by 2050. Campaigners argue the government should show greater ambition and set a 2045 date in recognition of falling costs, technological developments and the need for urgency.

Join Gill at Westminster on 26th June to call for action on climate change. Visit www.wildlifetrusts.org/thetimeisnow

The mass lobby
Will take place between 13:00-16:00 BST on Wednesday 26 June 2019 in the area around the Palace of Westminster. Hundreds of MPs will be taken by rickshaw to meet thousands of constituents urging politicians to back a goal of halting UK climate change emissions and to support action to protect the environment. More than 10,000 people from almost every constituency in the UK are expected to travel to Westminster for the meeting.

Further information on the mass lobby can be found at www.wildlifetrusts.org/thetimeisnow

Why is an Environment Act needed in England?
We need wildlife. Our natural world is valuable in its own right and is the foundation of our wellbeing – we depend on it and it depends on us. Without a healthy natural world the survival of humanity is at stake. By creating more space for nature, we can create a better world for people and wildlife.

Wildlife is in trouble.
From rivers and woodlands, to birds and flowers, our natural world is struggling. Over half the species assessed in the State of Nature report have suffered since the 1970s, with many of our much-loved animals struggling. Just some of the declines we have seen in recent years include:

Wildlife needs us. We can make a difference. A new and ambitious Environment Act can help reverse the trend of missing wildlife, setting out a plan for nature’s recovery and creating a healthier natural world for us all.

The Climate Coalition
Is a collection of over 130 organisations representing more than 15 million people across the UK dedicated to protecting things that could be lost to climate change and limiting its impact on the world’s poorest communities. Coalition member organisations range from aid agencies such as CAFOD and Christian Aid to community groups such as the Women’s Institute and conservation bodies such as WWF and RSPB.

Greener UK
Is a group of 14 major environmental organisations with a combined public membership of over 8 million people. Member organisations include The Wildlife Trusts, the Marine Conservation Society, the Woodland Trust and the Campaign for Better Transport.