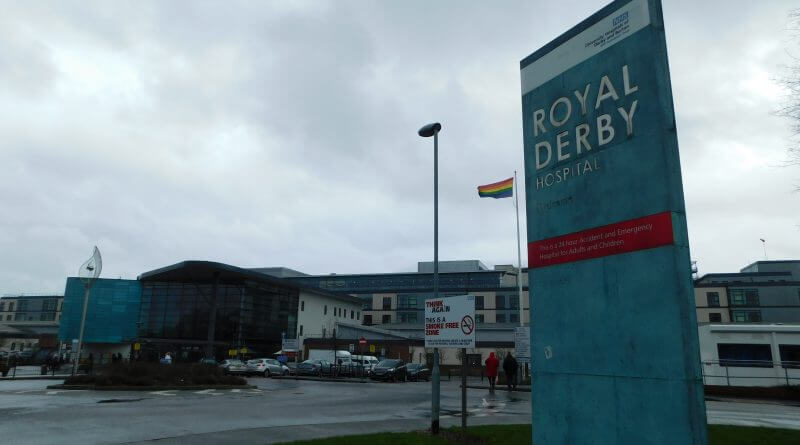 A financial bungle has led to the trust which runs Derby and Burton’s hospitals missing out on £59 million in funding.

The trust has revealed few details about how the error occurred.

But it involves the sale of one of the trust’s assets for a staggering £101 million.

It has refused to state what that asset was.

The saga has been revealed by respected medical publication the Health Service Journal.

It says the mishap is as a result of a “late audit adjustment” in the organisation’s end-of-year accounts.

As it stands, the University Hospitals of Derby and Burton NHS Foundation Trust will not detail what led to the error or what impact it will have on patients, staff and services.

This, it says, will be contained in a “detailed note” when its full accounts are released in July.

The hospital trust had been due to receive £59 million from a national pot of money – called the provider sustainability fund (PSF) – for meeting its financial savings targets – which it was due to “significantly surpass”.
This was due to the sale of one of its assets – netting £101 million.

For context, Royal Derby Hospital itself cost £333 million to build.

Meanwhile the hospital’s former site, known as the Derby Royal Infirmary, had been sold for £7 million to make way for what will now be 500 houses

Governing board papers say that it has assets of nearly £400 million.

The cost of a hospital bed is thought to be £400, with admission to a hospital costing an average of £2,000.

This would mean that the trust’s expected £59 million windfall could have paid for 29,500 admissions.

The financial bungle, the HSJ says, relates to the “reversal of an accounting treatment used to record an asset sale”.
It says that it is unclear whether the £101 million from the sale of the mystery asset was the sale price or just its value.

Instead of Derby and Burton’s hospital trust receiving the £59 million, the HSJ says the sum has been distributed to 135 other trusts.

An NHS Improvement report says: “There was a late audit adjustment in the accounts of UHDB resulting in the reversal of the accounting treatment used to record an asset sale of £101m.

“This has resulted in the redistribution of a PSF allocation that had been previously earmarked for that trust.
“We have always committed to fully distributing the PSF and, given the late timing of this adjustment, the redistribution needed to be transacted as a post accounts adjustment.”
Kevin Downs, executive director of finance and performance at the trust, said: “We are still finalising our annual accounts with the Trust’s auditors and cannot comment further.
“A detailed note on this matter is included in our annual accounts to be published in July.”