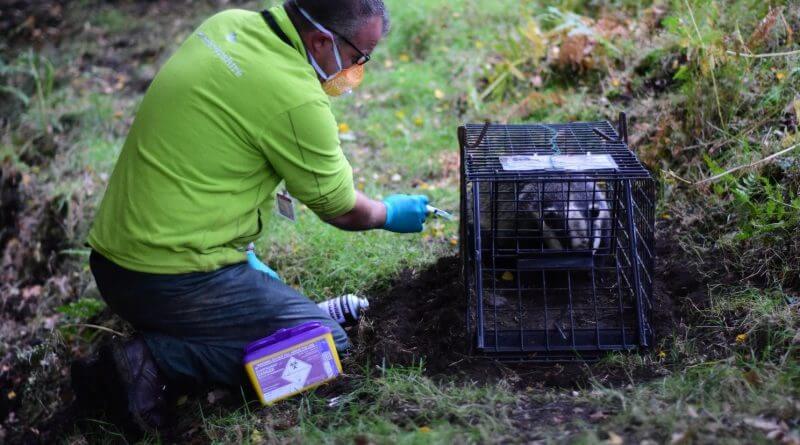 NATIONAL TRUST AND THE BADGER TRUST

The first ever national conference on Badger Vaccination against bovine TB will be taking place this Saturday April 27th at Derby University Business Enterprise Centre.

Up to 80 groups and organisations from across the country already vaccinating badgers or wanting to start up vaccination programmes will be attending the one day conference.

Badger vaccination is the clear alternative to shooting badgers as efforts continue to stop bovine TB spreading in cattle across the country. But it is clear that bovine TB is a disease of cattle primarily spread by cattle.

The conference will have expert speakers talking about the science behind vaccination of badgers, the practicalities of vaccinating badgers and best practice and how you start up a vaccination programme. In addition there will also be discussions about how a larger badger vaccination programme can be rolled out across the country.

Derbyshire Wildlife Trust in partnership with the National Trust has been leading the way nationally with its ground breaking badger vaccination programme in Derbyshire which is now entering its fifth year.

“We are delighted that the first ever national conference on Badger Vaccination will be taking place at Derby University. We have always said that vaccinating badgers is the way forward, not shooting them. We continue to show in Derbyshire that a professional, volunteer led badger vaccination programme is possible.

“To date the Government has spent in excess of £50 million of public funds killing just over 68,000 badgers across 32 areas of England in an attempt to lower bovine TB in badgers, in the biggest slaughter of a protected species in living memory

The vast majority of badgers killed do not have TB and the Government has provided no credible evidence to prove badger culling is lowering TB rates in cattle in or around the cull zones.

Badger vaccination offers the Government and the farming industry a proven method of lowering TB in disease free badgers and new born cubs, which is far more cost effective and humane.

It is a national disgrace that badgers are being trapped and shot by cull contractors at a public cost of nearly a £1,000 per badger, when organisations like Derbyshire Wildlife Trust and Badger Trust are trapping, vaccinating and releasing badgers into the wild for less than £200 per badger

The Badger Vaccination Symposium at the University of Derby on Saturday 27 April will be a ground breaking event, which for the first time brings together leading experts on all aspects of badger vaccination from Government, academia, wildlife conservation, farming and veterinary sectors

This event will send a clear message to the Government, farming and veterinary industry that badger vaccination is more humane and effective then culling, has strong public support and should be rapidly expanded across England and Wales

This is a better outcome for farmers, tax payers and the future of Britain’s badgers”

“We are pleased to be hosting this hugely significant Conference not only for our local badgers in Derbyshire but the national badger population. It is a demonstration of the collaboration between the University of Derby and Derbyshire Wildlife Trust and its partners towards protecting the wildlife of Derbyshire.

This is the first event of its kind in the UK and it is intended to examine best practice and to demonstrate how vaccination of badgers can be a credible alternative to shooting badgers.

We hope this event leads to constructive dialogue with the Government, farming bodies and other interested parties, which can form the basis of an effective plan to implement vaccination across the country.”