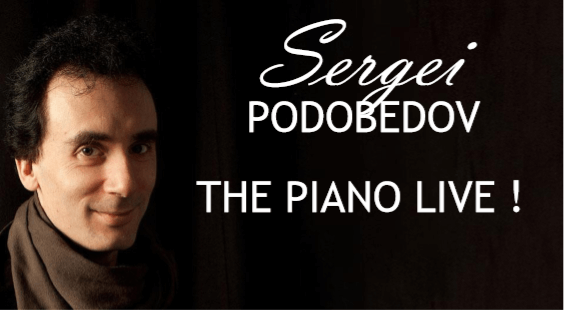 CLASSICS AND COCKTAILS AT SHOTTLE HALL

Described by conductor Gennady Rozhdestvensky as: “a magnificent pianist who possesses outstanding virtuosic skills combined with true musicality and a refined sense of style”, Sergei made his orchestral debut at the age of 12 performing Chopin’s 2nd Piano Concerto.

In 1990 he was the first ever recipient of a Queen Elizabeth, The Queen Mother Scholarship at the Royal College of Music and was also the youngest ever winner of the Edward Boyle Award in London. In 1991 he performed and collaborated with Sir John Gielgud at Windsor Castle at the Queen Mother’s special invitation. Since then he has toured throughout the world performing the major concert repertoire, new works and also fully improvised recitals.

Sergei has been described as ‘an astonishing virtuoso’ and his performances as ‘breathtaking’ and ‘enthralling’. Having been based in London for a number of years, Sergei moved to Belper during the summer of 2018.

“Belper is a great little town,” he said. “I have been made very welcome and the people have been very friendly. I am enjoying performing in Derbyshire. The audiences have been very supportive and knowledgable.”

It is a long way from his childhood in Moscow and San Francisco where he lived for a number of years.

The audience at Shottle Hall will arrive to a Cocktail Reception before Sergei’s performance at 7:30pm.

Podobedov said “The programme of music will fit the surroundings. Chopin, Mozart and Liszt will feature along with a couple of surprises. It is a beautiful venue and I am really looking forward to the evening.”