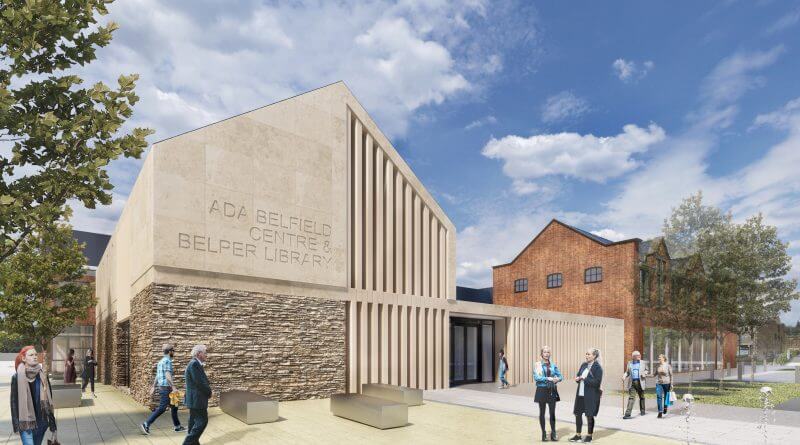 A new image has been released of what the new care home and library destined for the Belper’s former Thorntons factory site would look like.

Work is already well under way on the project, which would cost £18.8 million, with an estimated completion date of January 2020.

Previously, Derbyshire County Council, which is behind the scheme, had aimed to have the project finished in 2019.

A replacement is in need due to a repair bill in the region of £850,000 required, with the facility not meeting modern standards.

Meanwhile, the current library, in Bridge Street, is being moved to allow easier access both to the site and to place it closer to town centre shops.

The new library and care home would be called Ada Belfield Centre and Belper Library.

All residents currently living at the Field Lane site would be offered a home in the new development.

Building firm Robertson Construction Group has been hired to carry out the works.  Specialist contractor City Demolition moved on to the site in 2017 to clear it ahead of the new development.

The factory’s original Derwent Street façade is being retained, along with the oldest factory building – in which the library will be housed.

Meanwhile, the new health centre is being built to take on a range of facilities from Babington Hospital.

The hospital is to be closed, which is claimed to be due to a £2.1 million backlog of repairs.

It is thought that moving to the new site would save £500,000 a year for the Derbyshire Clinical Commissioning Groups.

Editor’s note: The closure of Babington Hospital also frees up the site to be sold for an estimated value of £7million, with all profit heading for HM Treasury.