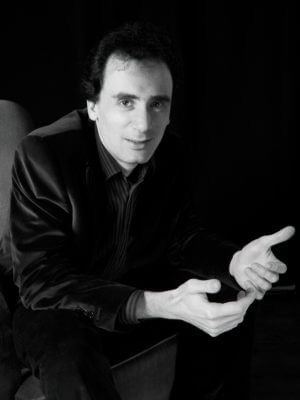 Russian born pianist Sergei Podobedov has been described by conductor Gennady Rozhdestvensky as:

“a magnificent pianist who possesses outstanding virtuosic skills combined with true musicality and a refined sense of style.”

Since making his orchestral debut at the age of 12, performing Chopin’s 2nd Piano Concerto, Podobedov has toured throughout the world performing the major concert repertoire, new works and also fully improvised recitals.

Following a sell out concert in September, the Belper based Sergei pianist will perform his second show in his adopted home town.

In 1990 Sergei became the first recipient of the Queen Mother’s Scholarship at the Royal College of Music and, subsequently, performed with Sir John Gielgud at Windsor Castle for the Royal Family.   During the past 29 years, Sergei has performed in concert halls across the world including venues in London, New York, Moscow and San Francisco.  He has been described by more than one conductor as a virtuoso who combines musicality with a sense of style.

The Belper concert is the first in a Spring / Summer series that will culminate in June with a special evening under the iconic crooked spire at the Church of St. Marys and All Saints in Chesterfield.

“When you see Sergei play live in concert you see a pianist whose whole body becomes part of the instrument,” said promoter George Gunby. “At the first Belper concert I was asked during the interval to stage another concert. Sergei made a huge impact.”

A live album, recorded in California, will be issued in March.

There will be a bar.