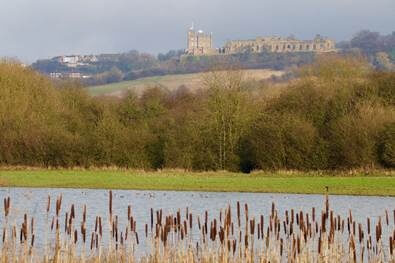 The Derbyshire WIldlife Trust have declared that they are “extremely concerned about the extent of damage that HS2 will have on large swathes of Derbyshire and our wildlife.”

The Working Draft Environment Statement (provided by HS2 Ltd, via the Government) which was released on 11th October 2018, details that as many as 47 wildlife rich sites covering over 200 ha (hectares) will be affected by HS2.  A hectare is 10,000 square metres.

17 Derbyshire wildlife sites, some of which were already seeking protection, will be almost completely destroyed and a further 7 will be badly damaged.

Three ancient woodlands are under threat, as well as multiple wetlands which are of “vital importance” for the survival of water voles, migratory birds, breeding birds, grass snakes, and rare insects and butterflies.

Kieron Huston, Regional Manager of Derbyshire Wildlife Trust, said “At the moment it is clear that the environmental cost of HS2 is very high. This development will have the largest impact on wildlife that we have seen in Derbyshire since the M1 was built. Key habitats such as reed beds, lowland fens and flower-rich grasslands need to be a fundamental part of restoration and habitat creation during and after Hs2’s construction if we are to avoid a disastrous outcome.”

Derbyshire Wildlife Trust submitted their concerns and objections in the consultation stage of HS2’s environmental impact assessment and will inform the public of ways in which they can help as HS2 progresses.

UK BAP priority habitats cover a wide range of semi-natural habitat types, and were those that were identified as being the most threatened and requiring conservation action under the UK Biodiversity Action Plan (UK BAP).