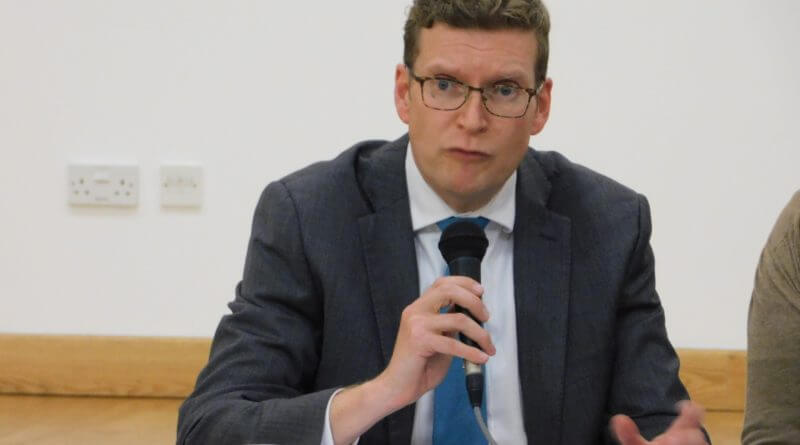 The four NHS organisations which commission health services in Derbyshire have been granted approval to merge.

NHS England has given the go ahead for the four Derbyshire Clinical Commissioning Groups – North Derbyshire, Southern Derbyshire, Erewash and Hardwick – to merge into one organisation. The move to combine the four groups is being pushed forward in an aim to both cut costs and improve services.

It is thought that by merging, NHS bosses will have the “economies of scale” to enforce £51 million in savings by April, on top of around £70 million next year. The combined organisations currently have a deficit of £95 million – largely due to overspends by the North Derbyshire and Southern Derbyshire CCGs.

Dr Chris Clayton, the sole chief executive of the CCGs, is keen to see an end to duplication of services and inconsistencies in healthcare provision – which he says has lead to a “postcode lottery”. Dr Clayton was appointed in April 2017, along with chief finance officer Louise Bainbridge, in the first steps towards a merger – this create a single executive management structure. This changeover saw six executive staff lose their jobs – with the combined pay-out in redundancy “exit packages” totalling £963,024. It is hoped that having one organisation will make it easier for councils, businesses and members of the public to get in touch about healthcare proposals or concerns.

Dr Clayton said: “This is an exciting opportunity for us to make strategic commissioning decisions across a single CCG to benefit Derbyshire patients and provide consistency and reduce duplication for ourselves and the hospitals, community and mental health services we contract with.
“It will help improve services for over one million patients by reducing variation in quality and access to care and drive up standards across all providers.
“We sought the views of local people about the merger and are fully committed to accelerating the implementation of what has become known as ‘place-based’ commissioning, where local GP practices and other partner services get much more involved in determining some of the services they believe are required specifically for patients in their own area.
“This will help to tackle local health issues while at the same time making sure everyone has the same access to universal health care across the county.
“The merger and place-based commissioning go very much hand-in-hand, and it is very important that we are able to keep a strong local voice in our commissioning operations.”

There are several conditions attached to the merger approval. Leadership of the new organisation must be officially nominated and appointed, with specific oversight from NHS England on the hiring of a chief finance officer – due to the ongoing budget struggles. A “robust financial recovery plan” must also be devised “that sets out how the new organisation will repay its existing cumulative deficits and achieve underlying financial sustainability whilst coming together as a single organisation”.