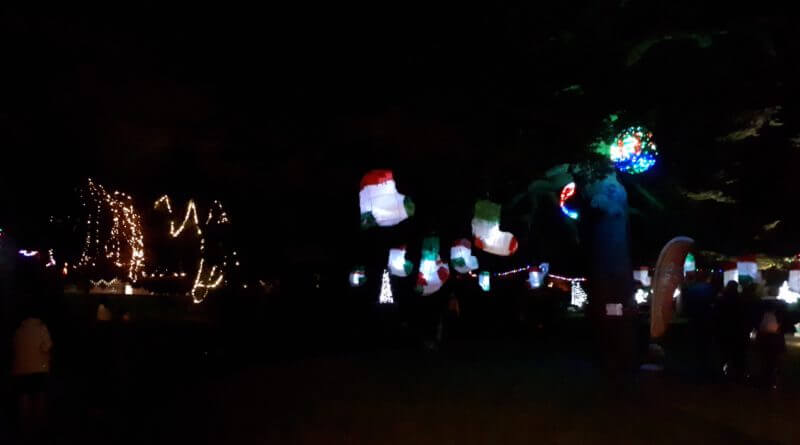 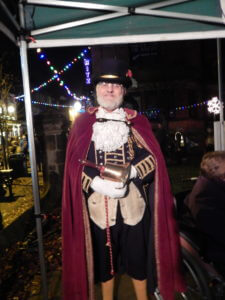 The Belper Christmas Lights Switch On usually draws a crowd, but never a crowd as big as tonight’s.

King Street was rammed, shoulder to shoulder, as far as the eye could see.

We can only assume that it was the draw of Eleanor Tomlinson, who plays Demelza Poldark in Poldark, which is responsible for the immense turnout.

For the switch on itself, Town Crier Terry Porter opened precedings with two “Hear Ye’s” but couldn’t continue due to vocal issues, and after some confusion over Ms. Tomlinson’s name, handed over to the Mayor, Peter Hurst, who introduced Eleanor.

Ms. Tomlinson mentioned that Belper was the best place to shop, jokingly adding, “as voted by you.”  She cried, “Shop independently!” before encouraging the crowd to chant “We love Belper!”

Eleanor met with a lot of eager fans and posed for selfies with many, including Pamela Proctor, who travelled to Belper all the way from Suffolk to meet her idol and have her sign a Poldark book.

Once Belper was magicked into Christmas by the power of fame, light and an Acme detonator, people roamed the Christmas delights of the high street, which included local stalls, balloon sellers, a Punch and Judy show, the usual fairground organ which has learnt some new songs, Belper Town Wind Band, Santa’s all new Grotto, a fairground ride, performance from the cast of Oliver Twist, the Market Place Christmas tree, and a display of lights in the Memorial Gardens, which also included Heritage Lanterns by the Year 5/6 pupils of Pottery Primary School and Herbert Strutt Primary School.

For more from Eleanor Tomlinson, check out DV on Demand’s interview for Artsword: