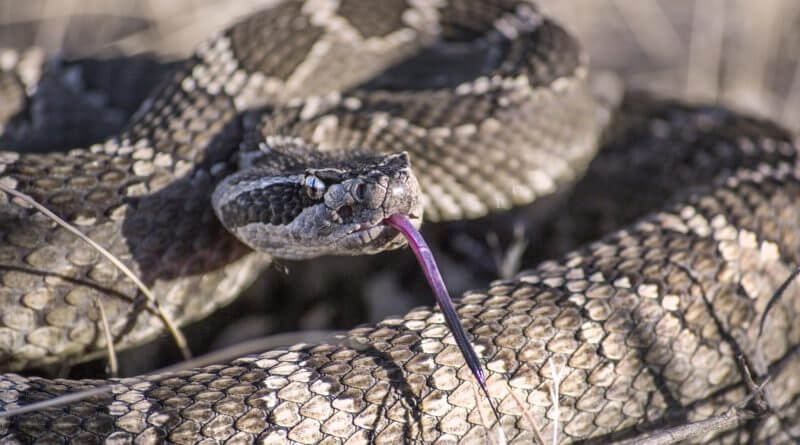 Dangerous snakes and a rare Asian leopard cat are being kept in South Derbyshire.

Owners of animals that are threatened or have the potential to harm or even kill require a licence, issued under the Dangerous Wild Animals Act 1976.

After filing Freedom of Information requests with borough councils in Derbyshire, we can reveal the dangerous animals being kept in the area.

One licence issued relates to a rare Asian leopard cat.

An Asian leopard cat is a similar size to its domestic counterpart but has a similar pattern – as the name suggests – to a leopard.
It has webbed toes and is most commonly found in China, Russia, India and Pakistan and the surrounding areas.

The cat is listed as a threatened species and this is the reason why a licence is required to care for it.

It lives in tropical rainforests, plantations and forests in the foothills of the Himalayas and eats small mammals such as rats, mice and hares, along with lizards, birds and insects.

Meanwhile, a resident in Amber Valley has a license for a number of snakes.

Only certain species require a licence to be kept, including cobras, vipers and rattlesnakes.

In 2018, the Born Free Foundation also issued Freedom of Information requests to every council in the country, which revealed 710 addresses with licences for: over 250 wild cats – servals, lynx, lions, tigers, leopards, pumas and cheetahs, over 100 venomous lizards, over 240 primates, particularly ring tailed lemurs and capuchins, over 85 crocodilians, mostly caimans, over 650 venomous snakes, including puff adders, black mambas and diamondback rattlesnakes, an elephant, a giraffe, 14 wolves, 3 bears, zebras, camels, fossas, antelope, and otters.

Currently, under the Dangerous Wild Animals Act of 1976, anyone in Britain can keep a dangerous wild animal as long as they obtain a licence from their local authority. The licence application merely requires them to demonstrate that their animals are properly contained and not at risk of escape. It does not relate to their care of the animals, or quality of life, or appropriate environment.

The Born Free Foundation is calling for a review of the legislation covering the keeping of wild animals as pets, including the Dangerous Wild Animals Act 1976, and calling for more restrictions on the ownership of dangerous wild animals. This includes the need for consideration of large constrictor snakes, which do not currently require a licence to be kept as pets.

Just last year a man in Hampshire was killed by his 8ft African Rock python, Tiny. In a separate incident, Police found an illegally kept 4ft Caiman crocodile and 16 snakes at a property in Essex, nine of which were classed as dangerous. They included cobras, copperheads and pythons. Seven other snakes were found dead in the house as a result of the poor conditions in which they had been kept.

Whilst the survey includes those establishments and companies that require a Dangerous Wild Animals licence to rescue animals, for animals such as wild boar and ostriches on farms, and those who use animals for TV and film, it is still understood that a large proportion of the dangerous wild animals are being kept as personal pets.

Dr Chris Draper, Head of Animal Welfare and Captivity for Born Free, said:
“The keeping of wild animals as pets is a growing concern. The widespread use of the internet has made it easier than ever to ‘order’ or purchase a wild animal without clarification as to where it has come from or how it should be cared for. Wild animals are particularly vulnerable to welfare problems because of their complex social, physical and behavioural needs. They require specific housing conditions, dietary requirements, and furthermore, the safety risk these animals pose to their owners and the wider public should not be ignored.”

One thought on “Which Rare and Dangerous Animals Are Being Kept in Capitivity Here?”