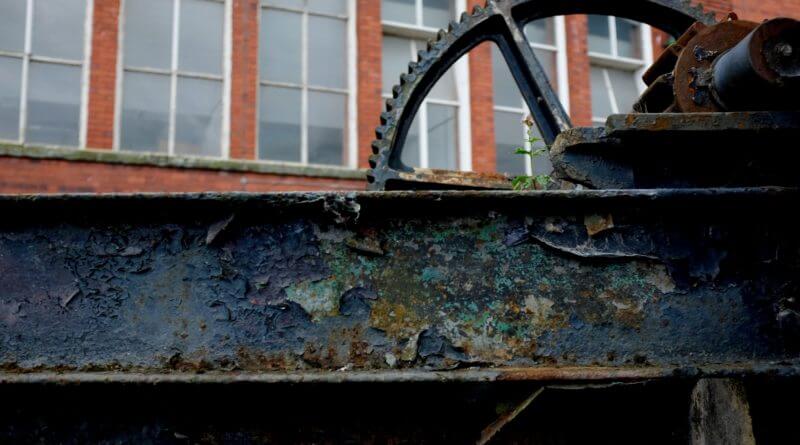 On 29 October, a Public Meeting was convened at the Strutt’s Community Centre to invite Belper residents to comment on FI Real Estate Management’s plans for developing the Belper Mills site, following the company’s application for planning permission earlier in October. This follows a previous exhibition and public consultation in May this year.

Councillor Ben Bellamy opened the meeting and introduced the speakers:

Mark Adams was keen to promote his company as a responsible developer. He described how FIREM have £500 million worth of development works in progress, and that they also manage the properties after they have developed them. He gave examples of other projects undertaken, which included Lion Salt Works in Northwich, which he described as a challenging project (lionsaltworks.westcheshiremuseums.co.uk). He also talked about partners they were working with such as DPP Planning, Architects DLA Design, RSK and Planning Consultancy Emma Adams & Partners.

Details of the Plans

Mr Adams showed an illustration slide of the projected site development which would include heritage restoration of the façade of the Mill and more than 100 residential units. The walls of the apartments within the Mill would be set back from the restored Mill walls. The museum would be retained with enhancements, and Mr Adams suggested Heritage Lottery funding could potentially be applied for to fund further development of the museum. There would be commercial and leisure opportunities in Strutt House with food and drink offers. Mr Adams went on to describe how his vision was to generate a ‘National Trust’ feel with ‘extensive public realm works’ and connection through to the River Gardens. A viewing tower was also envisioned which could be utilised both by the museum and as a viewpoint.

Derek Latham was next to speak and raised his concerns around gaining a true understanding of the full costs involved in the development. He cited a 2001 condition survey of the North Mill and highlighted how much the East Mill’s condition had deteriorated in recent years. Mr Latham stated how important he felt it was to know the potential costs and ensure the project could reach completion. He referred to the plan to remove a central section of the internal area of the East Mill and expressed concern should the project not complete after having made such dramatic changes to its structure. He also raised the matter of parking, and what visitors might do during their visits, citing the low numbers of visitors that the museum currently attracts.

Mr Adams said that it would not be in the interests of competition to reveal the figures associated with the costing of the project. Mr Latham said that Historic England and Amber Valley Borough Council should have access to the figures even if they could not be publicly known, so that they could be scrutinised.

To explain further, Mr Adams showed slides of the projected timeline of the development. He described how a survey of what could be charged for the residential property in the Mill was followed by drawing up a cost plan based on an estimate of around £25 per square foot.

He told the meeting that FIREM had invested a substantial sum ahead of its application for planning permission. After permission had been granted contractors would be brought on board and they would go out to the supply chain, at which stage a real picture of costs would emerge. Due to the competitive nature of the tender process it would not be possible to reveal costs at that time. Mr Latham said he would be interested to see the condition survey.

Cllr Neville then spoke of the North Mill Trust’s concern about the deterioration of the Mill and expressed his disappointment that the company had ‘had ten years’. He referred to the heritage statement by the development partners around the rehabilitative work, – particularly the very vague detail about the North Mill. Mr Neville felt that the value of the North Mill needed to be much more strongly expressed, due to the value of the World Heritage Site locally, UK-wide and to the world.

Mr Adams responded to say that equal weight is given to the North and East Mills in consultations, and that they would work sensitively with specialist teams. He reiterated his point that it would be great for the North Mill to be reinforced as a museum through Heritage Lottery funding.

Attendees were then invited to contribute

The first person raised Saltaire (Salts Mill) as another example development, where the whole site was given to commercial and art gallery use rather than residential, and this bought visitors in. Mr Adams responded to say that, without the sale of residential properties, the Belper Mill development could not go ahead. He described how there would be a mixed offer of housing, including starter homes and retirement homes, and that they would be ‘homes not boxes’.

The next question was around the relationships FIREM had developed so far with public funders such as Heritage England and the Heritage Lottery Fund. Mr Adams replied to say that Heritage England were already one of the consultees and that there were ‘gateways’ for heritage specialists. He conceded that the project may cost more than anticipated.

John Porter of Belper Neighbourhood Plan stated that they had examined the plans and that they had the same reservations as already expressed, but that they were particularly concerned the development would be visible as being ‘part of the town’. He also emphasised that Belper needed a mix of housing and talked about the role of the ‘vacant building credit’ where a developer contributes money into the community in return for not building affordable homes.

The next to speak raised the issue of the condition of the building and asked what would happen if it turned out to be much worse than anticipated and therefore more expensive. Mr Adams replied to say that FIREM had a contingency for this.

There were further questions around whether the plans were offering too much residential development, and what activities visitors would do when coming to the site or visiting on their way elsewhere. There were discussions around creating a ‘destination’ (a term that had been used in the introduction by Mr Adams) and what that meant, and around having an imaginative vision involving other parties and heritage specialists. Another person asked Mr Adams to work with the Wildlife Trust for the benefit of the resident peregrine falcons.

Towards the close of the meeting, while there were still concerns expressed about the disappointment of past projects and the chance that this development could ultimately fail, attendee Mr Vardy gave an impassioned plea to ‘make Belper shine again’.

Mr Adams confirmed that full consultations and the involvement of the community would kick off after planning permission was granted.

If you were not able to attend the meeting you can still have your say by emailing: development@ambervalley.gov.uk.