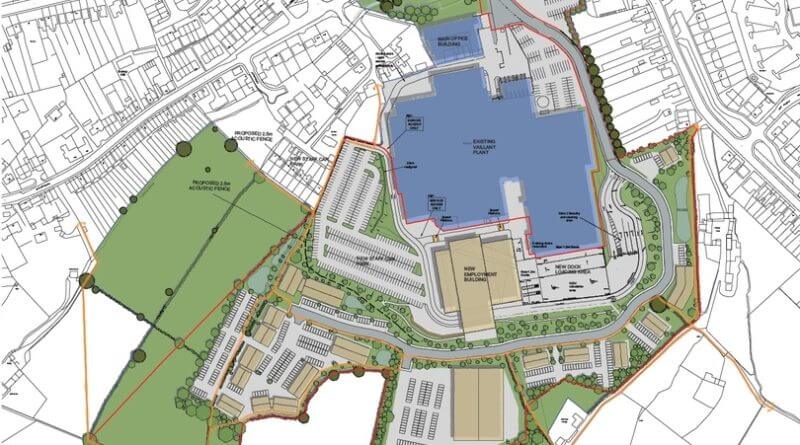 It is more than two years since Peveril Homes Ltd and Vaillant Group Ltd submitted a planning application for 150 homes and a 6,000 sq m extension to Vaillant’s manufacturing premises on land at Bullsmoor, off Nottingham Road in Belper.

The application was met with howls of protest led by Protect Belper – a community organisation formed to fight off the constant attacks on our green spaces from developers and some Borough Councillors. Val Pickard and Dennis Hayes, along with many other dedicated volunteers, compiled reams of evidence and co-ordinated written objections and protests. The main concern for all of Belper and, indeed, the whole of the Derwent Valley was the potential loss of the unique rural ‘arrested development’ setting of the Derwent Valley Mills World Heritage Site (DVMWHS). It was claimed that building anything on this scale would destroy the Outstanding Universal Value (OUV) of the DVMWHS – a move that could ultimately lead to the loss of World Heritage Site status and inflict a terrible body blow to tourism in the Derwent Valley.

In May last year Amber Valley Borough Council’s Planning Board met, considered and refused the application. An appeal was lodged by the developers and in January this year, Sajid Javid, the then Secretary of State for Housing, Communities and Local Government called in the application and appeal thus triggering a Public Enquiry. This was subsequently held in Ripley in April. The enquiry and Planning Inspector heard representations from the developers and Amber Valley Borough Council as well as Historic England, DVMWHS and Protect Belper’s Val Pickard, Robert Large, David Clark, Helen Jackson, Kim Lowe and Tim Sutton (who is also a Belper Town Councillor). The inspector also visited the site to see for himself the potential impact of the proposals. His evidence and recommendations were forwarded to the Secretary of State and included the advice that the appeal and application be refused.

On 10th October the Secretary of State published his findings in which he “agrees with the Inspector’s recommendations. He hereby dismisses your client’s appeal and refuses outline planning permission.”

If the developers wish to pursue this further they need to make an application to the High Court within six weeks for leave to bring a statutory review under section 288 of the Town and Country Planning Act 1990. There are only limited circumstances in which the validity of the Secretary of State’s decision may be challenged.

The message to developers and Amber Valley Borough Council is clear: any planning application that threatens the OUV of the DVMWHS, including its buffer zone, will be fought tooth and nail to the very end. Find brownfield sites to meet housing targets.

The developers who look at Belper do so because of the added value of being in the DVMWHS but fail to comprehend that their plans, were they to be brought to fruition, would destroy the very aspect that makes building so attractive. We owe a massive debt of gratitude to those tireless campaigners who have done such a brilliant job of standing up for Belper.

One thought on “Belper’s Victory: Bullsmoor”