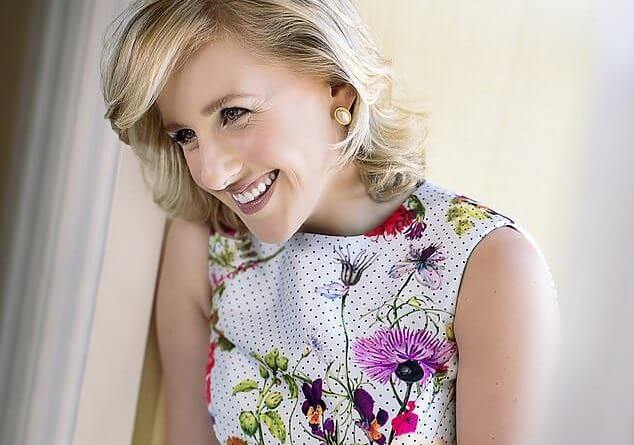 Jeanna de Waal, Broadway star of ‘Kinky Boots’ (Lauren) and ‘American Idiot’ (Heather), has been cast as Diana in a new musical ‘Diana, Princess of Wales’ which opens in San Francisco in February. Plans are in hand to take the show to Broadway…… but not before Jeanna has appeared in concert to open Belper Arts Festival 2019 on 4 May.

“It’s a real coup. Jeanna is a genuine Broadway star with leading roles in ‘Kinky Boots’ and American Idiot’ and has toured the USA as Glinda in ‘Wicked’,” said Festival Co-Ordinator George Gunby. “It will be an incredible way to start the Belper Arts Festival.”

Fliss Goldsmith, who is the co-producer of the show, said “Jeanna is excited about coming to Belper. We’ve already talked about the set and the audience can expect a wide variety of songs. We are hoping that the show will feature something from Diana. Jeanna is a terrific talent. We were at LIPA together and I’ve seen some amazing performances by her.”

Raised in Surrey, Jeanna moved to New York in 2009, where she still lives. Roles on and off Broadway followed, the latest of which is Diana. “To bring Diana to life on stage is obviously a huge privilege,” Jeanna said. “I feel very daunted by the prospect but I hope people who didn’t know about her and weren’t aware of her journey leave the theater with an idea of what she did for the world. She made everyone feel special, from the highest person to the lowest-ranking person, and I think we want to celebrate her. “

Jeanna De Waal will be supported by Belper Musical Theatre and their Musical Director Dave Adey at the concert on 4 May at St. Peter’s Church, Chesterfield Rd., Belper.

Earlybird tickets are just £15 and go on sale on 9 October from OXFAM BOOKS, King St., Belper or online belperartsfestival.org    The offer ends 31 December.