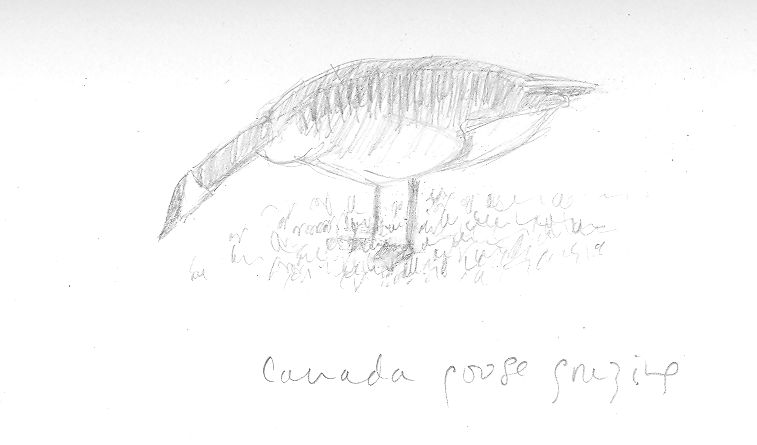 I didn’t see any nuthatches last year so was delighted to see one early in March looking for insects on the bark of a shrub, a long-beaked, russet-bellied grey bird (a little smaller than a kingfisher) with distinctive black lines of feathers around its eyes.

In March I saw a murmuration of starlings and geese flying in arrow formation.

The beginning of April and bumblebees, wild bees. A brown newt, a white lipped hedge snail, ladybirds, small tortoiseshell butterflies mating in the air and in May a green-veined white butterfly, the underside a mossy leaf-shaped oval on white translucent wings (feeding on the bluebells).

On the 19th April I had my first sighting of a swallow this year. Towards the end of April the Canada geese goslings had taken to the water and I saw a coot, swan and terns. By the second week of May there was a mallard pair with three ducklings resting on the river stones.

By the end of April a starling pair were busy with serious nest-making, one with a mouse-sized lump of rooty mud, the other with a garland of catkins, then back next day for beakfuls of sticks and twigs.

A magpie and a raven made their appearance at the end of April. 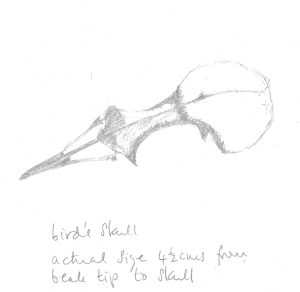 The State of the World’s Birds report (2018), researched by Birdlife International and the International Union for the Conservation of Nature (which produces the Red List for birds) cites intensive farming as the main reason for the threats of species extinction for 1 in 8 birds.

“Agricultural expansion, logging, overexploitation, pollution, disturbance and the effects of invasive alien species are all driving bird declines and diminishing the natural world. Longer term human-induced climate change may prove to be the most serious threat of all.” (State of the World’s Birds report 2018)

On the positive side, at least 25 bird species have been brought back from the brink of extinction. The banning of neonicotinoids in the EU is another positive.

Take a look at the report to see pictures of the saved bird species and lots of other information on the health of bird species internationally.