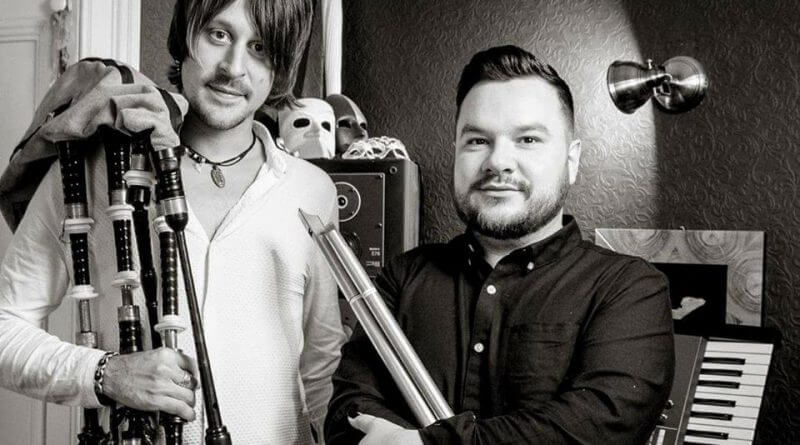 Winners of the BBC Radio 2 Folk Awards Best Duo 2017, and recently nominated for the forthcoming 2018 awards, Ross Ainslie and Ali Hutton are internationally recognised multi-instrumentalists, composers and arrangers in the vibrant and ever evolving Scottish traditional music scene.

Ross and Ali wlll be showcasing new work from their eagerly awaited second album ‘Symbiosis II’ and will be joined for this event by Jenn Butterworth one of the foremost folk guitarists in the UK acoustic music scene.

With a long history of shared musical roots from their days with the Vale of Atholl pipe band, at the age of 12, they were mentored by one of the most innovative pipers in the last 30 years, the late great Gordon Duncan. Gordon sparked a deep passion in Ross and Ali for playing pipes with other instruments and they went on to be founding members of the musical powerhouse Treacherous Orchestra as well as playing with bands such as Old Blind Dogs, Salsa Celtica, Dougie Maclean, Shooglenifty, Zakir Hussain, The Levellers and Capercaillie.

Ross and Ali’s live performances deliver music with atmosphere, energy and passion. Working primarily with their own compositions they combine their rich musical experiences to produce an exciting and beguiling sound with an undeniable synergy forged from a lifetime of friendship.

In association with Active Events http://www.activeevents.org.uk/