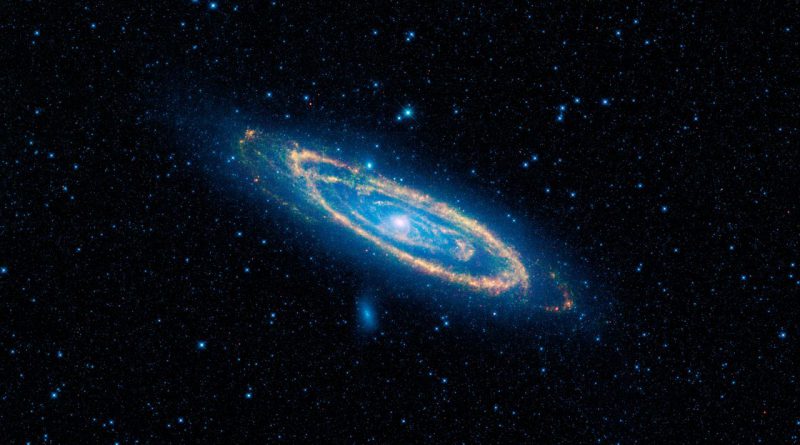 If you want to see a planet in November you are going to have to get up early. Night time viewers have meteors to look out for and, on moonless nights, try to find the Andromeda Galaxy – you will need binoculars.

The Taurids Meteor Shower (to mid-November).

The Taurids generally give very few meteors per hour. They peak overnight on the  10th – 11th of November, but a three-quarters Moon will spoil the view. Because the Taurids are generated by slow moving and relatively large particles they can produce very bright meteors (or fireballs). If you have a spare hour or two it might be worth looking out for them. As always, find a dark site where you have a good view of the sky and look upwards. Taurids can be spotted up to mid-November, start looking from 10pm onwards.

The Leonids meteor shower will peak on the night of the 17th of November going through to the morning of the 18th. The Leonids are fast and bright, some leaving glowing trails. Viewing conditions are good as there is only a new Moon on that night. The Leonids produce around 15 meteors per hour at their peak, but as always expect to see much less than this. Meteors can also be seen around the peak nights between the 15th and the 20th but at much reduced rates. Start watching from 11pm onwards, look upwards and towards the north-east.

As the 17th of November will have relatively little moonlight this would also be a good time, in between trying to spot Leonids, to look for the Andromeda Galaxy (M31). The constellations of Pegasus, Cassiopeia and the copper coloured star, Mirach, will guide you. Once located it is easy to find again. Through binoculars the galaxy appears as a circular fuzzy patch (the image above is courtesy of NASA images and shows a lot more detail).

There are currently no bright planets in the evening sky, a situation that will continue until April 2018.

The Space Station moves to the early morning sky this month.  Look for it by getting the times, direction and elevation from the Spot the Station website. The site is currently showing viewing opportunities from the 6th to the 16th of November in a time slot between 4.00am and 6.30am.

One thought on “Space Is The Place: The Night Sky Over Belper, November 2017”