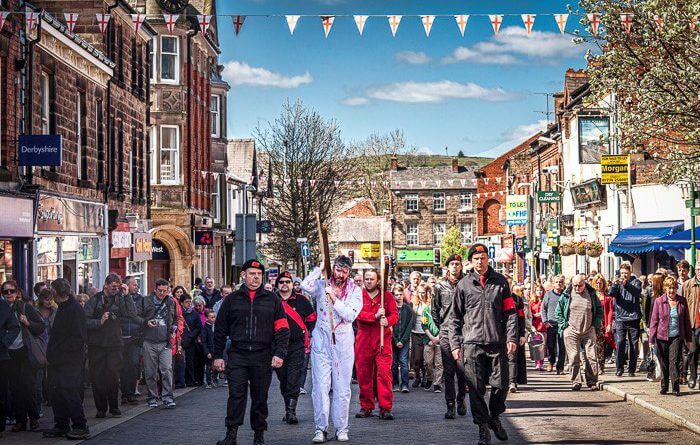 After a three year break the hugely successful Belper Passion play returns to the streets and churches of the town in 2018.

The performance will see a move to a traditional setting with Roman soldiers and costumes of the period. With a new director, Jannice Richtof, and a new script by George Gunby, the performance is being produced by Churches Together in Belper.

The event will include The Walk Of Witness which has attracted up to 800 people in the past.

Auditions will take place on 22 November 2017 at 7:30pm at Bateman Hall, Christ Church, The Triangle, Belper. Actors, dancers, musicians and singers of all ages can try out for roles that include Jesus, Mother Mary, Pontius Pilate, Judas Iscariot and the Chief Priest as well as ‘extras’ such as Roman soldiers. Music will play an important part in the production. 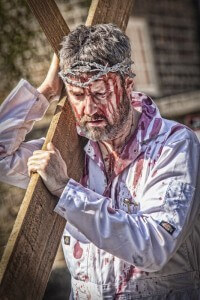 Photographs feature Dan Slidmore as Jesus during the Walk of Witness.