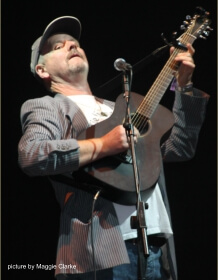 Less than a month ago, Anthony was busy compering the Cropredy Festival for Fairport Convention who describe him as ‘a national treasure’ but it’s in the intimate club setting that he shines as a songwriter, raconteur and entertainer who never neglects his duty towards an audience.

With songs like ‘The Wasted Years’ and ‘The Only Life Gloria Knows’ long established as club standards, AJC is one of those artists who can transform the club circuit from a sometimes sterile outlet into a place where artist and audience truly feed off each other’s energy .

Support is from Chris Butler, the bard of Belper who is also an established favourite across the festival and club circuit.

Tickets are available at the venue or contact mjones572@hotmail.co.uk.