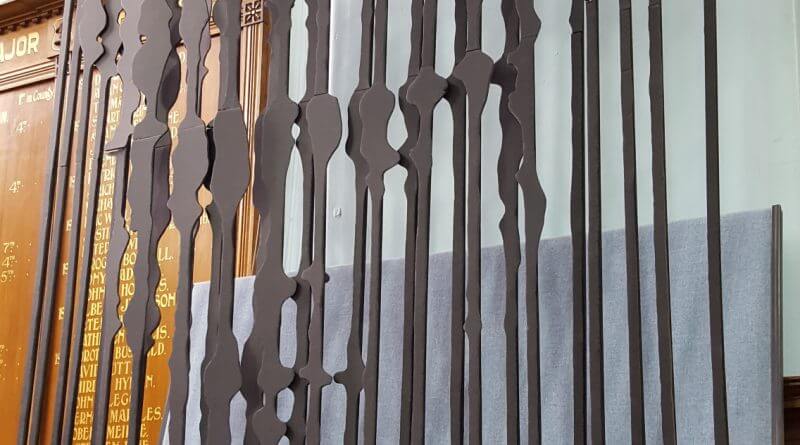 With planning for the Sacrifice memorial now approved by the Amber Valley Borough Council, Belper In Wartime are now urgently seeking donations to fund the installation.

Belper In Wartime are now aiming to raise £20, 000 to finish the project, as additional funds are needed for material and installation costs.

In February a planning application was submitted to AVBC to have the path widened from the King Street gate to the end of the triangle bed and for the installation of ‘Sacrifice’ on the band stand. It was granted on March the 28th.

Sacrifice was originally produced as part of the ‘Fourteen’ performance that took place last year to honour the 100th anniversary of the First World War. So successful was the performance that various requests were made to create a permanent version of the sculpture somewhere in the Town. 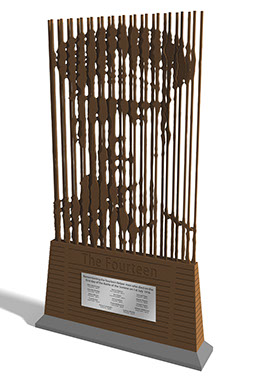 The Fourteen represents the Belper men who died on the first day of the Battle of the Somme on 1st July 1916. Sacrifice depicts Jim Green a Lance Corporal in the 1st/5th Battalion Sherwood Foresters who lived on Cow Hill in Belper.

The sculpture was designed by local artist Andy Mayers, originally built in wood and foam board with the help of The Belper Art Group, the permanent version will be made from Cor-ten steel which will rust initially creating a lasting seal from the elements.

Speaking on the piece, Andy said: “I’m really pleased that we now have formal planning approval for the sculpture, we have detailed plans drawn up and companies in place to fabricate the steelwork, the stonework and the groundworks. The response we have had so far has been amazing, we now have the small matter of raising the money, which we estimate will be about £20,000.”

Belper Arts Festival will be at the Belper Farmers Market on Saturday the 8th of April from 9 am and there will be an opportunity for residents to learn more about the WW1 sculpture ‘Sacrifice’ at their stand.

Donations can be made by visiting the BIW website www.belperinwartime.org or they will be fundraising at Morrisons in Belper on the 22nd April.

One thought on “Donations Sought For WW1 ‘Sacrifice’ Memorial”