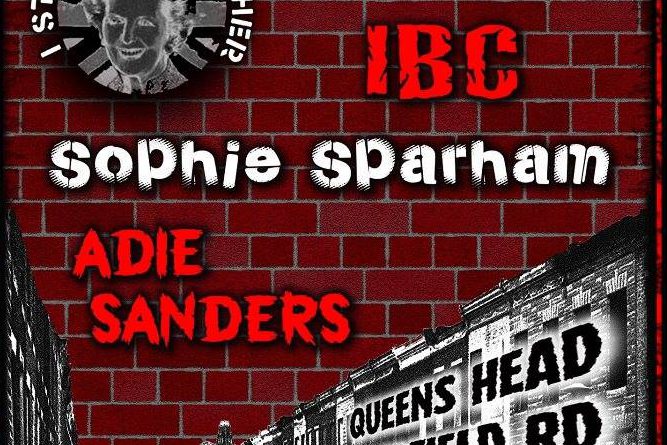 There is of course a connection between last Saturday’s triumphant Steve Ignorant gig and Andy T.

Not only have the two acts appeared together at The Queens Head, but some thirty years ago Andy’s first recordings were released on Crass Records.

An uncompromising performance poet  in the anarcho-punk tradition, Andy, as you may know, is also accompanied by a backing band specialising in slick Joy Division grooves who provide the perfect counterpoint to Andy’s words and contribute much to his compelling performances.

One of the true originals, Andy T brings passion to every performance. On this occasion, Andy is supported by local goodtime  folk/rap heroes IBC, Derby performance poet, Sophie Sparham and singer-songwriter Adie Sanders so nearly a mini-festival.