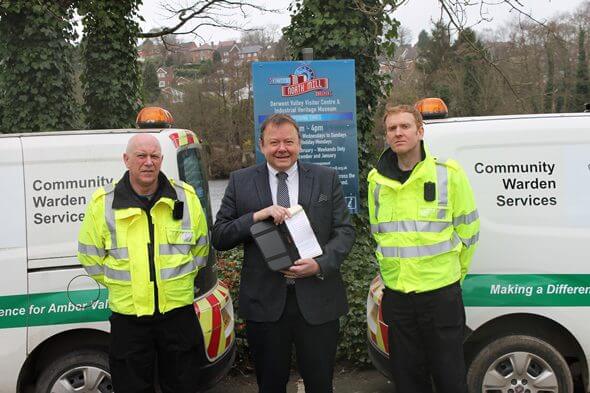 New measures to deal with the blight of fly-tipping have been introduced in Amber Valley, with “Fixed Penalty Notices” of £400 for some offenders.

A meeting of the Amber Valley Borough Council’s Cabinet approved the introduction of the new powers recently made available under the ‘Unauthorised Deposit of Waste (Fixed Penalties) Regulations 2016’. The maximum fine allowable of £400 will be used in Amber Valley.

Figures for 2016 show that Amber Valley received 549 reports of fly-tipping. Difficulties such as securing witness statements, the willingness of witnesses to attend court, or a lack of credible evidence to identify who has deposited the waste, can make enforcement actions difficult.

In order to provide the maximum deterrent to potential fly-tippers it is recommended that the Fixed Penalty Notice is set at £400. The Council has the ability to reduce this to £300 to encourage early repayment.

For the most serious of cases, or where repeat offences have been committed, there is still the option to prosecute an individual or business who would be liable to a fine, not exceeding £5,000, if they are convicted by a Magistrates Court, or an unlimited fine in the Crown Court.

Fly-tipping is a significant blight on local environments, a source of pollution, a potential danger to public health and is hazardous to wildlife. It also undermines legitimate waste businesses where unscrupulous operators undercut those operating within the law. These additional powers will be a big help in tackling this serious issue.”