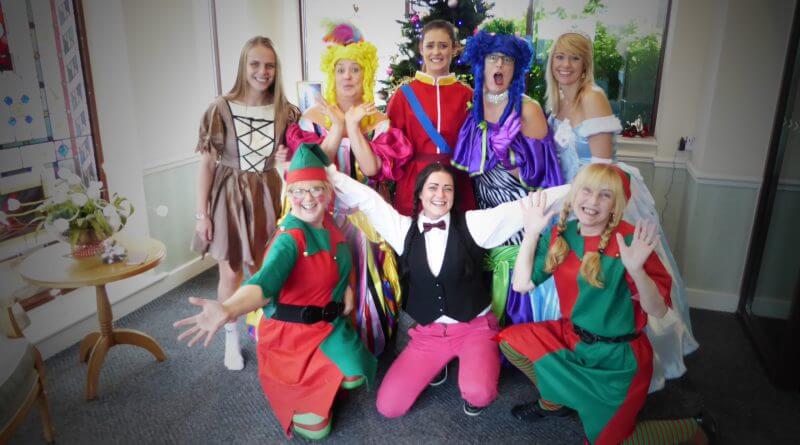 A group of care home staff have performed a pantomime for their residents in spirit of the festive season, with everything from the script to the costumes being created by the carers.

Spencer Grove, part of the Milford Care Group, hosted Cinderella’s Christmas Pantomime on December 14. The pantomime had two separate showings, one on the residential floor at 11am and a second at the nursing lounge at 2.30pm, to ensure that all residents had an opportunity to join in with the festive fun.

Staff at the Belper-based care home have been preparing for the performance over the past three months by writing the script, designing the costumes and collecting props, whilst residents have been helping with the decoration of the sets.

Naomi Davies, Administration Manager at Spencer Grove Care Home, said: “This is the first time we have done this for the residents. We wanted to do something similar last year with a pantomime group but thought that we could make it even more special to the event by doing it ourselves.

“Everyone’s been getting involved, from the managers to the maintenance men. Around 15 members of staff had a role in the performance – including our very own fairy godmother!”

Family and friends were able to buy tickets to the event for £2 per person. All proceedings went to the Resident Fund, which will help to finance future activities for the residents.

Naomi added: “We put a lot of time into this and it went down a storm with the residents, as well as their family and friends. We can’t wait to get started on next year’s performance!”

The festive celebrations continue up until Christmas, with plans for in place for carol singers, pianists and Santa Clause himself to visit the care homes over the upcoming weeks.