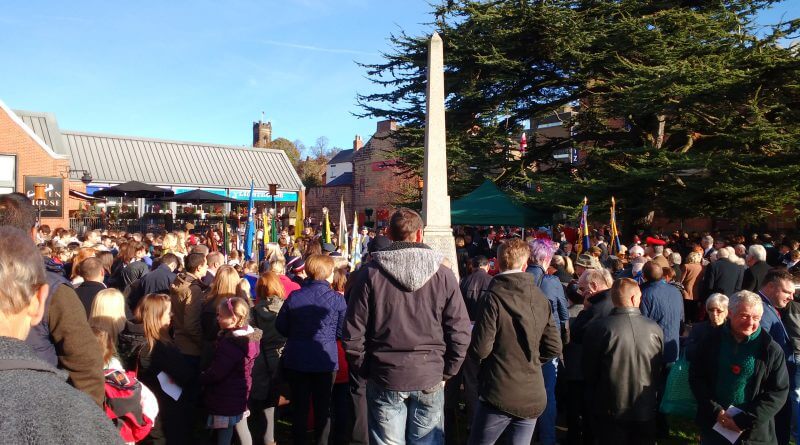 Belper Town Council has dedicated the Memorial Gardens as a Centenary Field.

This cements the Memorial Gardens link to the First World War. The Memorial Gardens was establishing to “promote a suitable memorial to the men of Belper who lost their lives in the Great War”. George Herbert Strutt, the cotton mill owner and philanthropist, granted the land to the Urban District Council of Belper on condition that it would maintain the site as a “Pleasure Grounds” and to “place therein a suitable cenotaph or monument”.

The Centenary Fields programme is supported by Fields in Trust and the Royal British Legion and is designed to secure recreation spaces in perpetuity in hour of the memory of the millions of people who lost their lives in World War One.

Since 2014 the Royal British Legion has been participating in numerous First World War centenary projects, marking a 100 years since the war to end all wars began and the millions who lost their lives during that time. Field In Trust is a charity established in 1925 to protect open spaces across the UK for sports and recreation.

The aim of the dedication is to create a tangible legacy that will be valued by the community for generations to come.