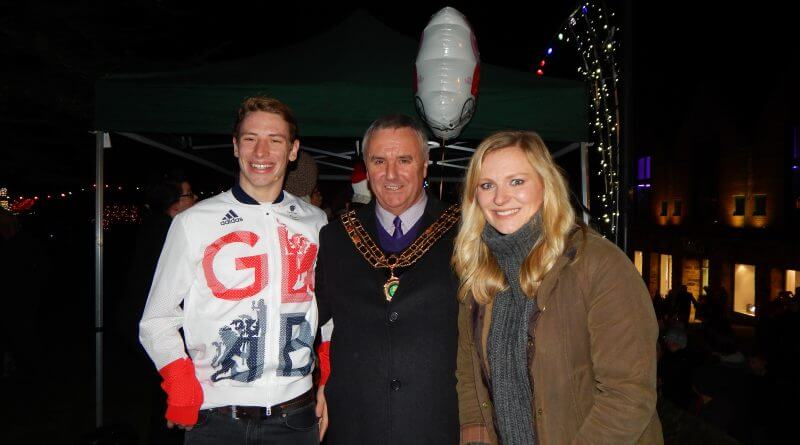 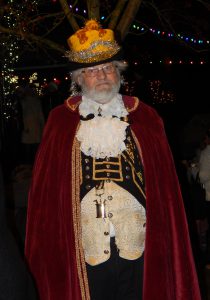 At 5:45pm on Friday 25th November the Christmas Lights of Belper were officially switched on by two Belper heroes, Paralympian triathlete Ryan Taylor and Olympic Hockey Player Hollie Webb, who won gold for Great Britain this year with the winning penalty shot.

The town crier, Terry Porter opened proceedings and along with the mayor, Gary Spendlove, led a countdown to the switch on, which was a great big lever that only two Olympians could have handled.

Following the switch on Ignite UK, a Belper based choir sang Christmas songs to the huge crowd. 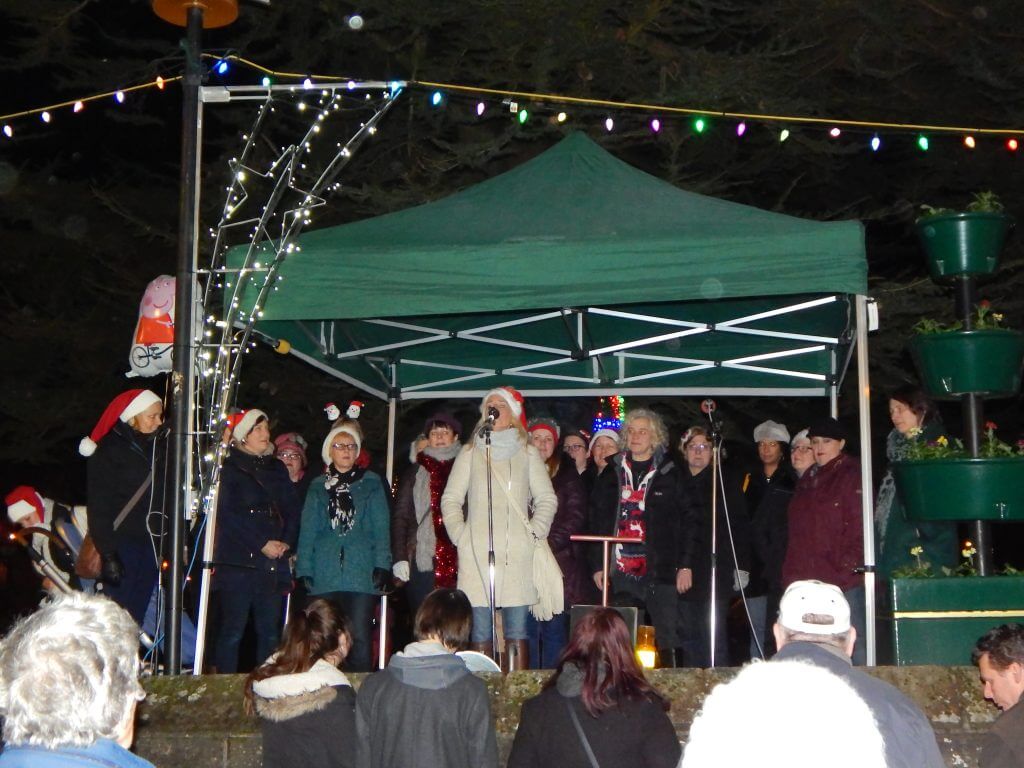 Hollie and Ryan were very attentive to young fans who wanted to meet them and showed themselves to be the best of Belper, shaking every hand and noticing every child who rushed to them.  Both said that they were very proud to be asked to switch on Christmas for their home town.

Belper was teaming with almost as many people as come out for the food fairs and the classic Victorian fairground organ, Punch and Judy show and charity stalls were all present, along with Fresh Basil offering winter street food.

After a year which has seen toxic ideology and bigotry brew on an international scale, and with the loss of so many beloved public figures, it is a a genuine joy to see Belper come together beneath the lights of a holiday which unites us all in peace, ready to celebrate family, community and sharing.